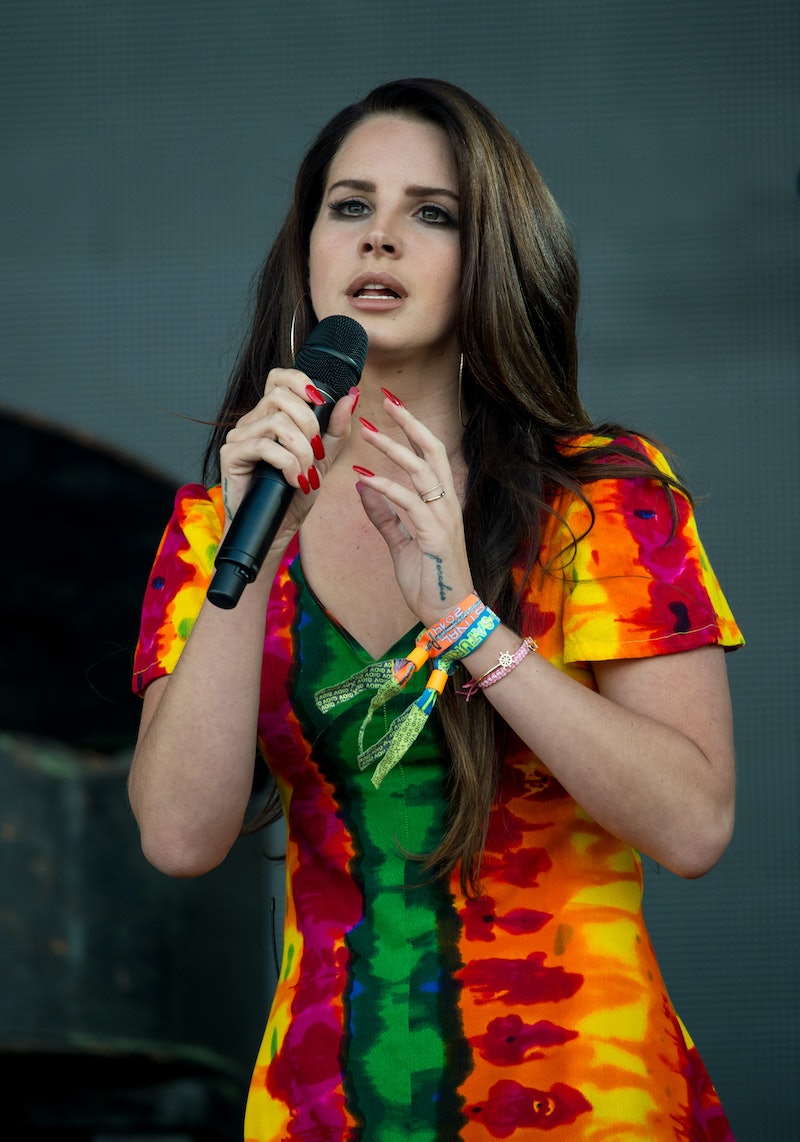 After that whole mess of an interview with The Guardian involving Lana Del Rey apparently saying that she wishes she were "dead already," it seems like it would be hard for any subsequent interview to top that when it comes to controversy — but leave it to Lana to prove me wrong. In a new interview with Complex to promote her recently released album "Ultraviolence," Lana Del Rey admitted that she's "slept with a lot of guys" in the music industry, but, "none of them helped me get my record deals. Which is annoying."

Specifically, the full quote as told to Complex writer Dana Droppo, was as follows:

There are a few different ways to take your song “F*cked My Way Up to the Top.” Is it about people not wanting to give you credit for your success? Or is it about fucking people to get to the top? It’s commentary, like, “I know what you think of me,” and I’m alluding to that. You know, I have slept with a lot of guys in the industry, but none of them helped me get my record deals. Which is annoying.

In a subsequent interview with Complex's video news series Complex News, Droppo added that Del Rey was "extremely open" with her answers, and that multiple songs on the album, including "F*cked My Way Up to the Top" and "Money, Power, Glory," are actually responses to haters and commentary like Del Rey describes in the interview — meant to say, "I know what you think of me," and subsequently taking the stereotype and owning it.

Despite the reason behind the song and Del Rey's explanation in the interview, the statement that she made regarding her sexual history with men in the music industry is still making waves on the blogosphere, as any statement a woman in the media makes openly about sex seems to. The Huffington Post , for example, wondered the following:

What annoys Del Rey exactly is unclear. Is she annoyed that these men did not get her record deals in exchange for her intimacy? Is she annoyed that people think sex is how she got ahead in the industry, though none of her lovers gave her any breaks?

The thing that's actually pretty great about the statement, however, is that it seems to be very tongue-in-cheek — "F*cked My Way Up to the Top," for instance, seems to be about Del Rey giving in to the industry and, literally, sleeping with the men who run the music industry in order to reach the level of fame and notoriety she currently possesses.

This is exactly what she's been accused of doing by critics and commenters since "Video Games" first dropped years ago and she began doing interviews back in 2011. The song's point was just to mock everything that she's been accused of doing, when, in reality, though she's slept with men in the industry and has no problem admitting that (and she shouldn't), no one helped her get a record deal — she got that on her own. "Which is annoying," she added at the end, clearly sarcastically because everyone seems to be accusing her of taking the easy route to stardom when her reality was nothing like that. To me, she's not saying it with regret, she's saying it with exasperation that some people assume and judge the opposite.

You can read the rest of Del Rey's interview with Complex here.