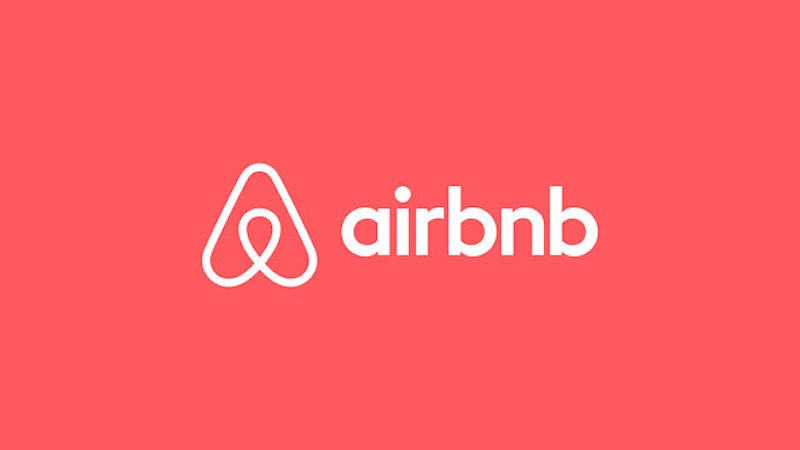 Oh, Airbnb, you've had a pretty rough run of it lately, haven't you? Well, on top of vagina-like Bélos and legal battles, you have a squatter on your hands. An Airbnb guest staying in a woman's condo is now squatting — oh, and it's totally legal under California property law. No hilarious logo will make us forget this horror story.

According to Consumerist, Cory Tschogl rented out her one-bedroom condo in Palm Springs to an enterprising male guest, who told her he was coming for an extended business trip. He paid for a 30-day stay when he arrived at the condo, but after a month, he stopped paying. And kept staying.

When his 44-day reservation came to an end, Tschogl texted the man to tell him he must leave or the power would be turned off. In response, he allegedly said that he was a legal occupant and that having no power would diminish his ability to work from home. Then he threatened to sue her for "blackmail and damages caused by your negligence and malicious misconduct including $3,800 PID Espresso machine as well as medical bills for my brother's hospital visit after he got sick here drinking unfiltered tap water," he wrote via text.

Tschogl contacted a lawyer, who informed her that California property laws protect the unwanted guest under tenants rights, because his stay extended past 30 days. Tschogl can't force her accidental tenant out by turning off utilities, but instead would have to provide a notice of eviction, which could be a lengthy process. That means that squatter could potentially get a few months of rent-free living, but he'll likely come out of this with a pretty bad review on his Airbnb profile.

Oh, but great news! Airbnb is going to reimburse her for the reservation at $450 a week. But, you know, she's still got a dude squatting in her vacation home.

As previously mentioned, this only adds to an ongoing saga with Airbnb's PR nightmare. In New York, a 67-year-old woman is being sued by her landlord for renting out her rent-controlled apartment at a huge mark-up, essentially operating a hotel from her unused apartment. The state itself is fighting Airbnb, saying that many of the rentals are illegal, though the business itself is legal. Under New York property law you may not sublet an apartment for under 29 days. About two-thirds of the business are shorter-term rentals, according to a report procured by the state.

The all-press-is-good-press mentality may have gone a bit far this time, Airbnb. With the legal troubles surrounding the rentals, it might make people more wary about renting out their homes on the site. A legal battle is a little more cumbersome than a messy house guest, after all.

And plus, the mother of all bad press: Have you seen that logo?!