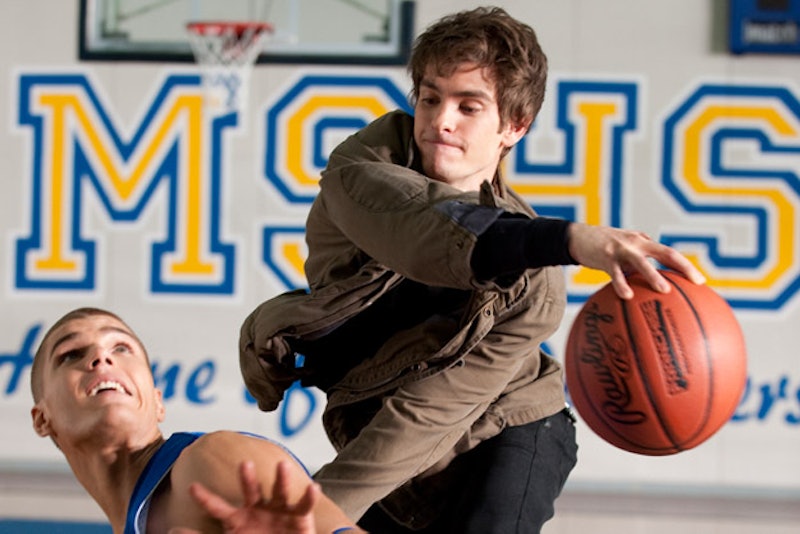 True, even if Sony hadn't decided to push the movie back two years, Garfield would still have been way older than his character. There's something about the idea of him being 34, though, that just seems too ridiculous to ignore. Assuming that the third movie takes place relatively soon after the *spoiler alert* death of Gwen Stacy, Peter Parker will still be in his teens. It's one thing for an actor in his early twenties to play the part of an adolescent, but a 34-year-old?! It just can't be believable, no matter how smooth-shaven and floppy-haired the hairdressers make Garfield look.

Unfortunately, he's far form the first actor to be cast in a role way too young for him/her. 12 clearly adult actors who took on parts they should've grown out of long before:

Convincing? Not at all, but at least more than a 34-year-old Garfield will be. Note to the Spider-Man producers: if you ever reboot the franchise again, how about casting a real teen for once?

Convincing? Yes, but not so much when she continued the role for the next five years on the Clueless TV show.

Convincing? Not whatsoever. It's no wonder Star Crossed got cancelled after just one season.

Convincing? Mostly, but it's a close call.

Convincing? Completely, which is especially impressive considering how naive Blair's character was supposed to be.

Convincing? Not even a little bit.

Convincing? Not quite, but who cared when he looked like that?

Convincing? Eh. Maybe at first, but by now, Puck looks far too old to still be roaming the halls of McKinley High.

Convincing? At the time, yes. Looking back? No way.

Convincing? Yup. Maybe it's in the expressions?

Convincing? Absolutely not, but it's Barbra. We forgive.