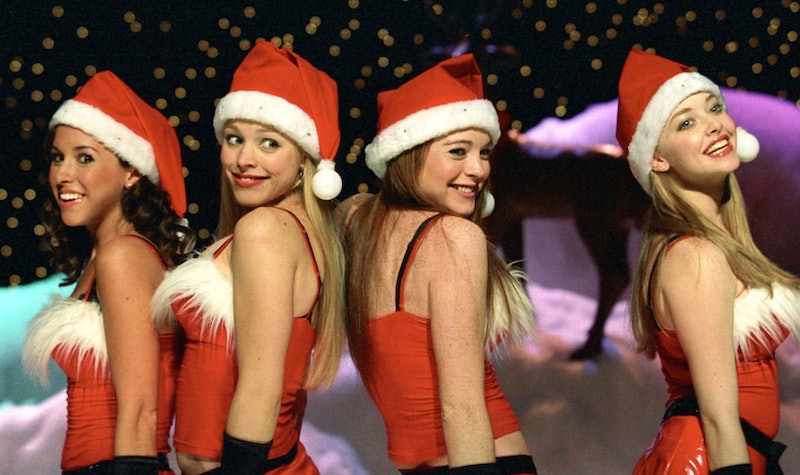 We all already know that this is Tina Fey's world and we're just living in it, biding our time until The Nest . And it turns out, we have even more to thank her for than originally thought. Because she facilitated the existence of Mean Girls, and Mean Girls had the highest concentration of female crew members in the last two decades. You go, Mean Girls — four for you, Mean Girls.

It should be noted, of course, that while Fey wrote and had a supporting role in Mean Girls, she did not direct or produce it, and therefore likely had little say in the staffing of the crew. That's not a slam against Fey or her love of reppin' ladies, of course — that's just kind of how movies work. Mark Waters is the one who actually directed the film.

Regardless of Fey's involvement, Mean Girls holds the distinction of having the highest percentage of women on its crew, at least according to the study "Gender Within Film Crews," which was just released by producer and writer Stephen Follows. The study says that 42 percent of Mean Girls' crew was female, and that that's the highest that stat's been in 20 years.

Considering Mean Girls happened a decade ago — and that that percentage isn't even half — that's a pretty bleak stat. Women are, it's widely known, heavily underrepresented in the behind-the-scenes of the film world, even more so than onscreen. The Celluloid Ceiling Report, as reported by the LA Times, asserts that "women held an even smaller percentage of jobs on the top 250 domestic grossing films of 2013 than they did in 1998."

So you go, Mean Girls. Four for you. To everyone else: Do better.