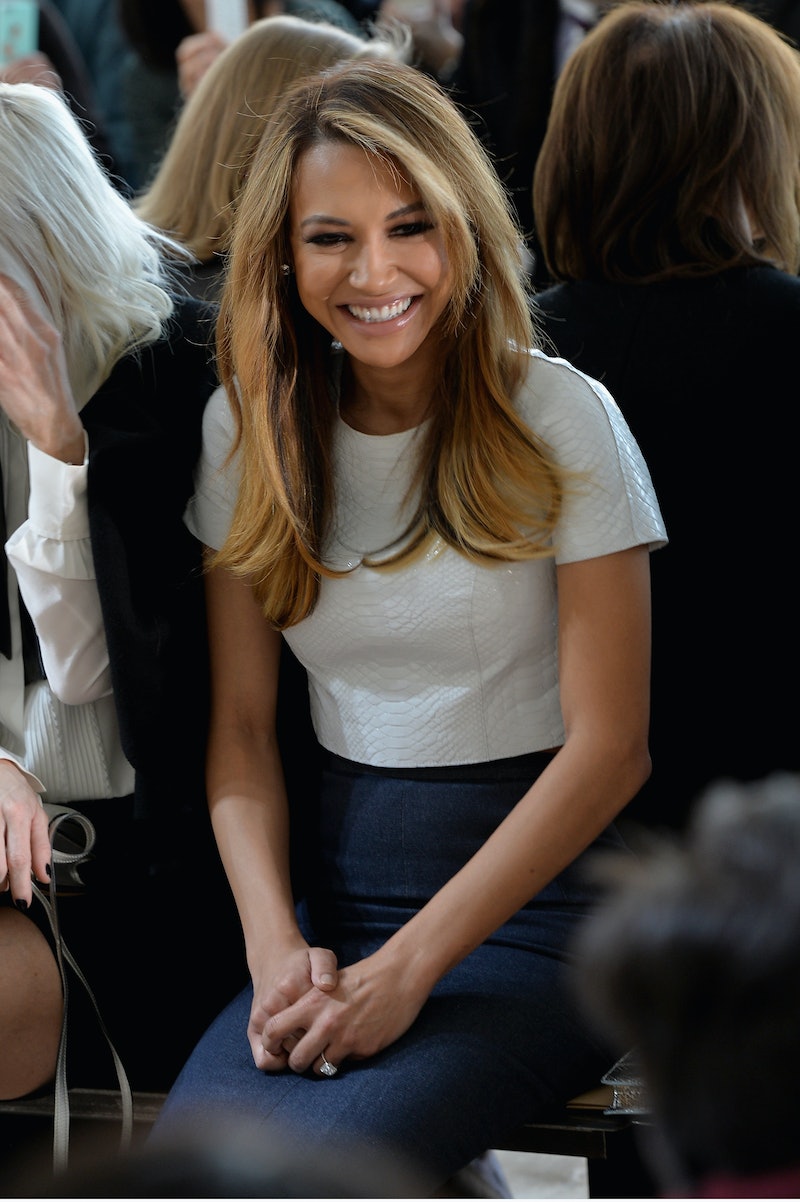 The first question I asked myself (and the Internet) this morning was: Who is Ryan Dorsey? Because I truly had no idea until Wednesday morning when news broke that Naya Rivera had secretly wed Ryan Dorsey on July 19. After Rivera's highly publicized relationship and break-up with rapper Big Sean, it just seemed impossible that the Glee star had gotten engaged and married SECRETLY in the three months since breaking off her engagement. Well, things just got weirder — Us Weekly reports that Rivera and Dorsey wed on the same date Rivera was supposed to marry Big Sean. And now I really just don't get it.

Hey, a wedding is a wedding, right — if everyone's already saved the date, does it really matter who the groom is? Apparently it doesn't to Naya Rivera and her family and friends. A source revealed to Us Weekly on Wednesday that, at the time of their break-up, Rivera and Big Sean hadn't set a location for their wedding, but they had chosen a date. And that date so happened to be July 19. AND according to the source, July 19 not only happens to be Rivera's original wedding date with Big Sean but also Dorsey's birthday, which made their nuptials "an even more joyous occasion." Well, okay then — except for the fact that she was actually supposed to marry another man that day.

The source also revealed that this wedding was a complete surprise to Rivera's friends because no one even knew she was dating him. Even though, as the story goes, Rivera and Dorsey met back in 2011 when the 30-year-old actor moved to L.A.. I'm trying really hard not to judge, but something just sounds kind of off here, no? But the plot thickens from there. While Rivera and Dorsey exchanged vows in Cabo San Lucas, Mexico, Big Sean was allegedly in nearby Punta Mita, recording with Kanye West while he vacationed with Kim Kardashian.

I'm sorry, but this is just too weird. It's one thing to have a secret wedding, but if she hadn't picked out a venue yet, couldn't Rivera have just gotten married a day before or a day after? I guess when you're Naya Rivera, anything goes.