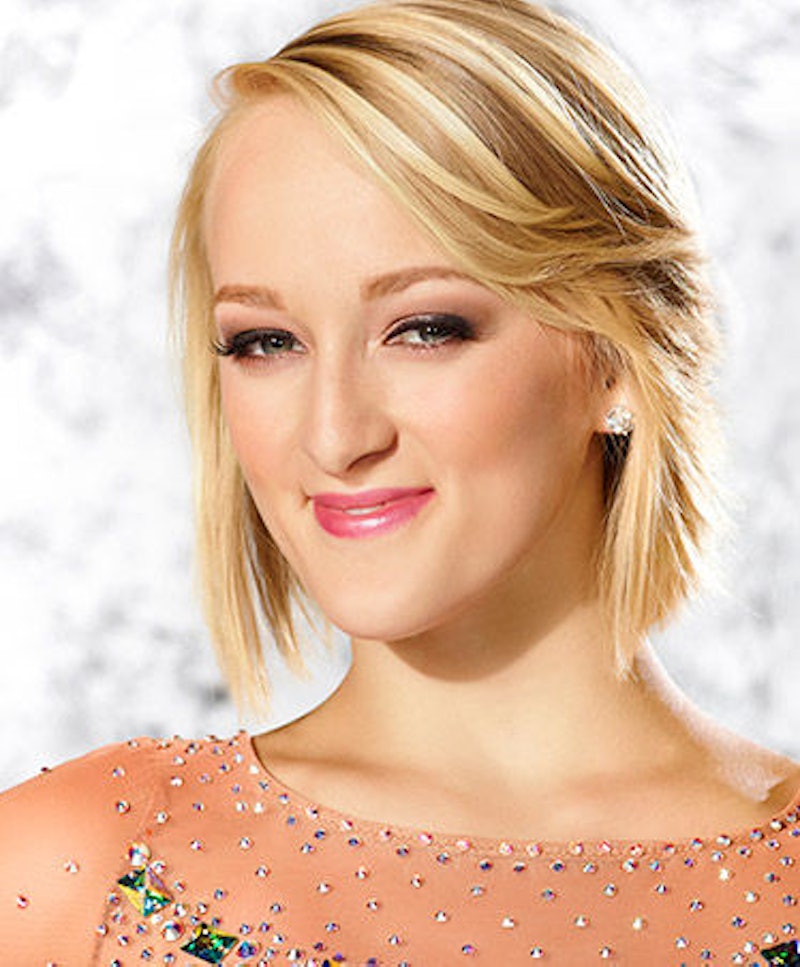 As some of you probably know, I've made my affections known for tapper Valerie as my top female dancer for Season 11 of So You Think You Can Dance. But after Wednesday night's episode, I may have to change my tune because Tanisha has just stolen by attention. Now Valerie is still incredible and should make it to the Top 10 at the very least if she continues to kick ass like she has been doing from week to week. But Tanisha. Oh Tanisha. There's no other way to say this: Tanisha killed it on Wednesday night in both her routine with partner Rudy and her group performance. And with these two numbers she just solidified her place in the Top 10 and could have just taken a place in the Top 4 as well.

In the last few weeks of competition, Tanisha has done relatively well but for many of her routines, Rudy has been the real standout. But the ballroom dancer turned on not only the full level of talent she has but also the personality and performance on Wednesday's Top 16 show by truly stealing the spotlight away from not only Rudy but seven other dancers in an amazingly powerful group routine by Sonya Tayeh. Seriously, watch the routine and try to focus on anyone but her. It's impossible.

Last week everyone focused on Rudy during Rudy and Tanisha's routine thanks in small part to his great performance, but mostly because of his blossoming romance with fellow competitor Jacque. And with the spotlight completely on him, some people may have forgotten about Tanisha's equally brilliant dancing skills. This must have been the only reason for her landing in the bottom 6 Wednesday night because she while she hasn't been the best girl in the competition, she has been consistently delivering good work thus far. I even named her as one to watch before the Top 20 competition began.

But it looks like getting put in the bottom only heightened her talent and her drive because Tanisha was show stopping in her hip hop routine with Rudy choreographed by Dave Scott. She not only was decked out in a super sultry costume, but she brought the swagger, the fluidity and the precision of hip hop while dancing to a suggestive song (Usher's "Good Kisser") with a guy dressed like Justin Timberlake and Frank Sinatra had a baby with a hint of Al Capone (seriously, that hat though).

This routine coupled with her emotional performance in Sonya's routine made the judges take Tanisha more serious than ever before. Hopefully voting audiences will do the same because this girl cannot go home just yet. She clearly still has so much more to show us.