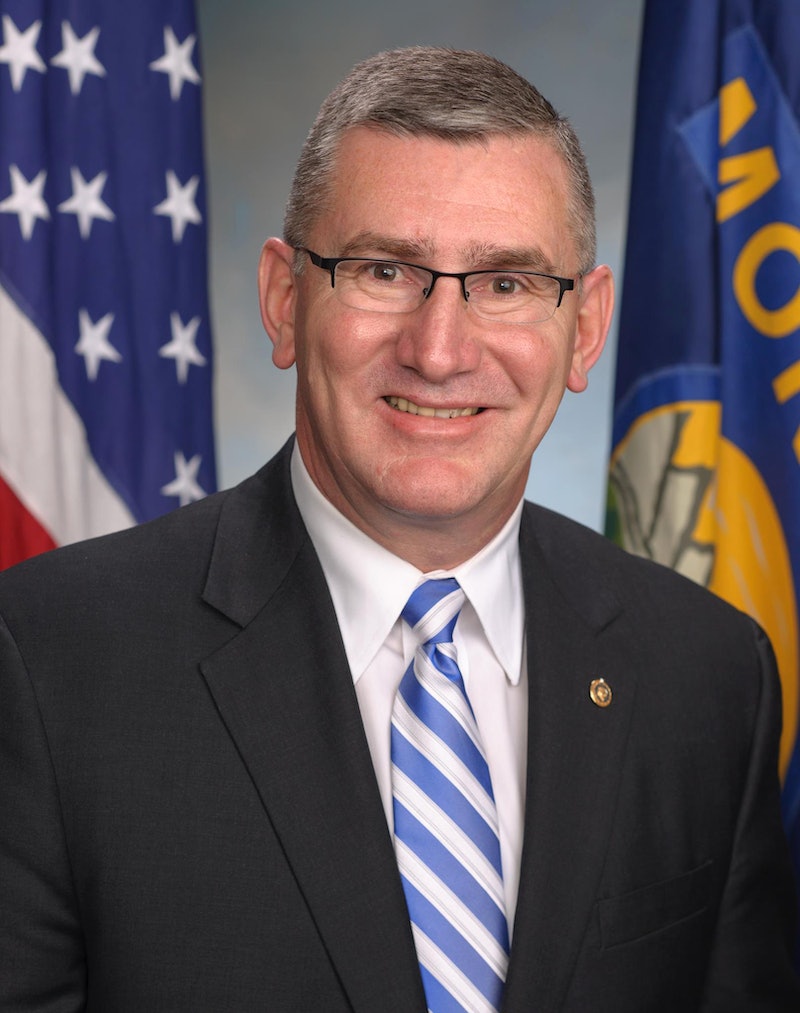 It is generally inadvisable to plagiarize. It is especially inadvisable when you are a politician. Montana Senator John Walsh, who plagiarized his master's thesis according to a convincing analysis by The New York Times, is learning that the hard way. Walsh's transgressions are bad even in the political realm, where it's not uncommon for prominent people to borrow liberally from well-known speeches and use them as their own. (Ahem, Rand Paul, and ahem, long-ago Joe Biden.)

Walsh's master's thesis, by the way, was only 14 pages long. (Weird.) Which makes it even more egregious that he apparently copied, word-for-word, portions of a Harvard researcher's paper and a list of recommendations from the Carnegie Endowment for International Peace, according to the Times' Jonathan Martin. Obviously, the topic of the paper was the importance of democracy. According to the Times, in addition to straight-up lifting passages from other places, Walsh also improperly cited much of the paper. In several cases he quoted somebody word-for-word, citing the source but neglecting to include, well, quote marks.

Walsh, who was appointed to replace retiring Montana Senator Max Baucus this year, got his master's from the United States Army War College pretty recently. The seat is up for reelection in November, and Walsh is reportedly already not doing well against his Republican opponent. This latest revelation about his background could sink him or not, depending on whom you ask.

Walsh, an Iraq war vet, initially said he didn't think he'd plagiarized the paper, but eventually responded to the Times' piece on Wednesday in a different way, saying he was suffering from post-traumatic stress disorder and on medication when the paper was written, according to the Associated Press. And a person he deployed with died of suicide in the weeks before the paper was due, according to an aide who talked to the Times.

The Associated Press said Walsh told them that when the paper was written, his "head was not in a place very conducive to a classroom and an academic environment."

Awkwardly, it also emerged on Wednesday that Walsh had borrowed the language of an entire jobs bill written and floated by Michigan Sen. Debbie Stabenow a couple of years ago, Politico reported. That happens a lot on Capitol Hill, apparently, but Walsh barely changed anything about the bill, with the obviously important exception of capitalizing a letter "T" in the text, Politico said.