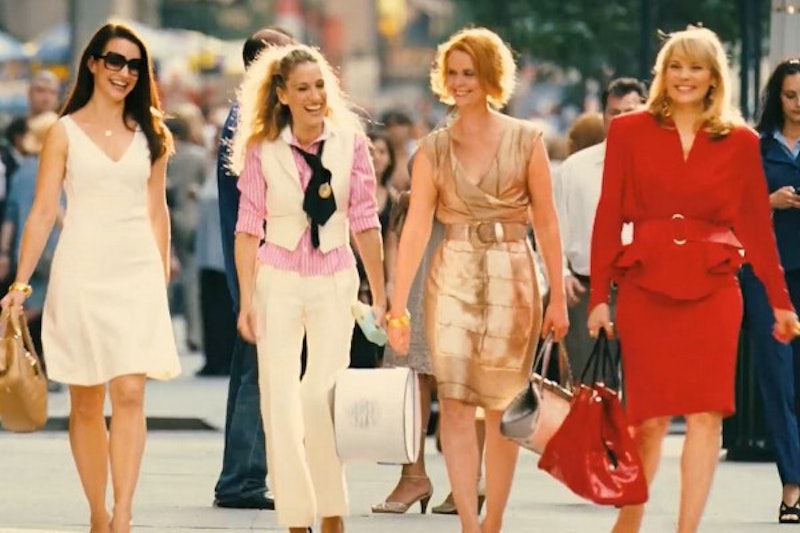 If you know anything about Sex and the City, you know that characters name-dropping designer brands was almost as integral to the plot as Carrie's love life. Now, an enterprising artist by the name of Pierre Butten has created a video with the most mentioned brands on Sex And The City, showcasing just how frequently Carrie and Co. uttered words like "Birkin" as if referring to a life-long friend and not an outrageously expensive pocket book.

The video is a ten minute long supercut from the entire series run organized by brand so that each mention appears in alphabetical order. It's also pretty boring to watch, unless you happen to be a SATC fanatic of the highest order, so I'll give you the most important takeaway straight-off: Vogue was the most frequently mentioned brand on the show. The word appeared 36 times over SATC's six seasons. Carrie Bradshaw <3's Vogue, in case you missed it.

According to the fashion bible itself, the rest of the top ten features a rather well-rounded selection of swanky designers (and Post-It). Here's the breakdown:

Color no one surprised that Manolo Blahnik was the most mentioned designer label. In the words of Miss. Bradshaw herself: "'Oh my God! Do you know what these are? Manolo Blahnik Mary Janes! I thought these were an urban shoe myth!"

Image: Sex and the City