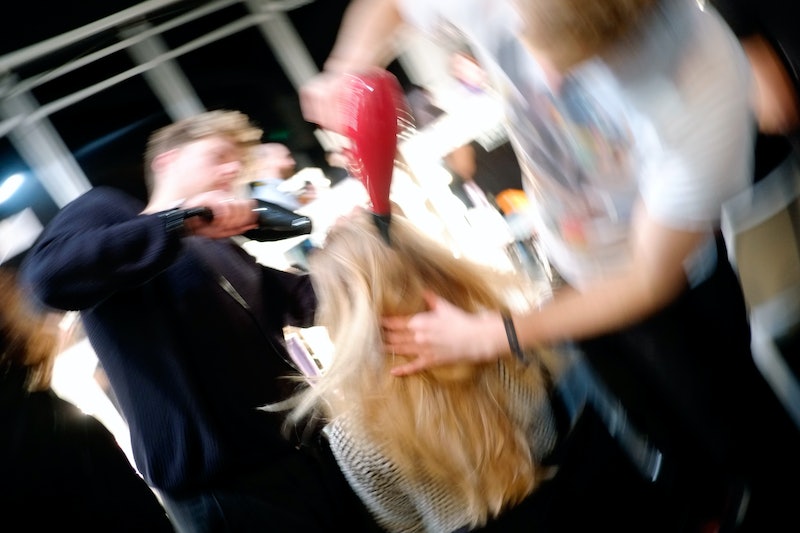 We've all gotten a bad haircut, yes? When that happens, you might want to cry and pull your hair out just so you don't have to look at it anymore. You don't usually follow up the experience by assaulting an entire hair salon. However, one woman went so nuts over a botched hairstyle that she's being charged with two counts of third-degree assault. Different strokes and all that.

The woman in question is 26-year-old Rachel Meyers, a postal worker (yes, she was in uniform at the time) who positively lost her shit at the Century 27 Beauty Salon in NYC's Financial District. She stopped in on July 18th, during a break from work, to berate stylists for "screwing up her hair,” police told DNAinfo New York. The stylists attempted to help her, but Meyer's lost her temper and began acting like one of the women profiled on Snapped.

"We were trying to be nice, to squeeze her in between clients to remove the knots, but we weren't working fast enough for her I guess," salon owner Favi Ramirez told DNAinfo. "We kept trying to calm her down, saying, 'please this is going to take time to remove all these tangles,' but she was just getting angrier."

According to the Daily Mail, after Meyer's realized she'd be waiting awhile she began "crashing through the salon throwing chairs, hair dryers and bottles." She allegedly picked up a giant metal box and threw it at an anonymous customer's head, hitting her leg instead. The customer told DNAinfo, "I don’t think she was throwing it at me — I was just in the way of this crazy scene. I felt like I was in a movie — it was that dramatic."

Police arrived just minutes after the rampage began and arrested Meyer's. She's currently being charged with two counts of third-degree assault, fourth-degree criminal possession of a weapon and second-degree harassment and faces up to a year in prison. All because her hair got a little knotty. Jeez. Who says styling hair isn't dangerous business?