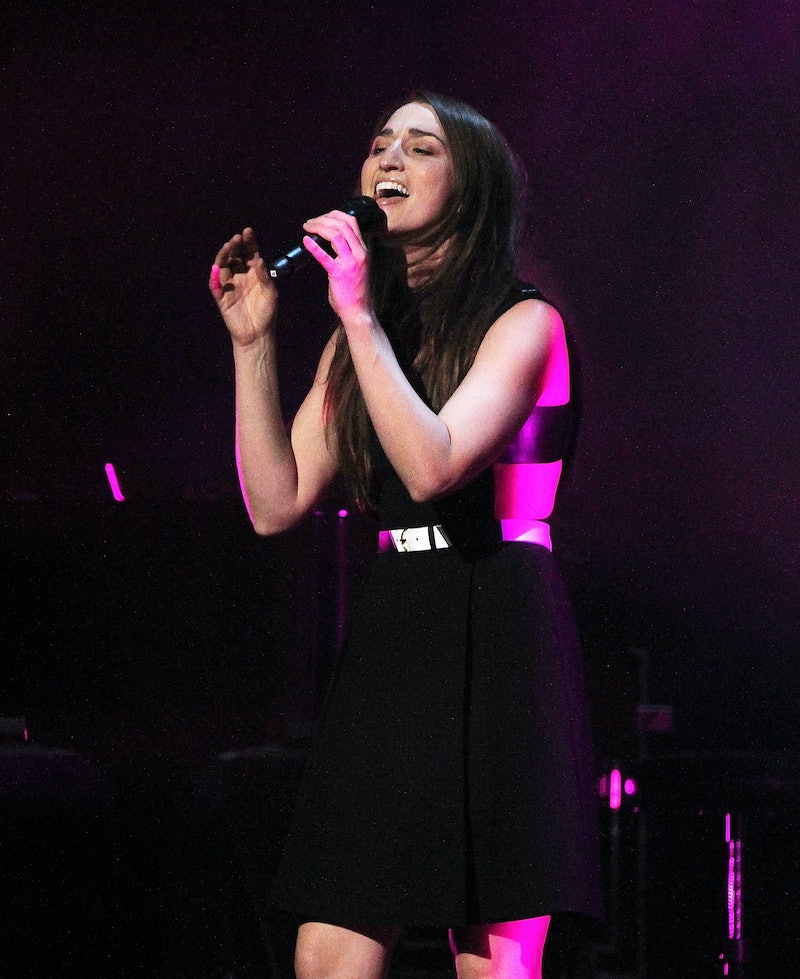 Look, I love "Chandelier." The smart, powerful anti-party anthem is probably my favorite song Sia's ever had, and in the first few weeks that I heard it, I listened to it over and over again. Driving around, taking a shower, getting ready to go out — there was literally no situation in which "I'mmmmmmm gonna swing from the chandelier" was unfit to blast. That said, it's now been several months. I've heard the song, and all its remixes and parodies, more times than I can count. As good as Sia's voice is, if I have to hear "doesn't iiiiixeeeeest" one more time, I will murder someone. So when I learned that Sara Bareilles had covered "Chandelier" at one of her concerts, I was apprehensive, to say the least — but then she started singing.

Because holy crap, Bareilles' cover of this song is amazing. It's soaring and intimate and beautiful, a total 180 from the loud, club-ready version made famous by Sia. Both artists are extremely talented, of course, but Bareilles takes this over-played, now tiresome song and makes it feel new again. Comparing the two versions, though, is impossible; Bareilles' and Sia's takes are so different from one another that it's like listening to two completely unrelated songs that just happen to share the same name.

So, even if, like me, you're sick of "Chandelier," give Bareilles' cover a try. Actually, do more than that — listen to it on repeat, in the car and the shower and anywhere else suitable to deal with extreme feels. And, when you're done, check out the treasure trove of other covers the singer has done over the years, everything from "Little Lion Man" to "Goodbye Yellow Brick Road." If there's a song you love, chances are Bareilles has covered it, killed it, and made you feel like you were hearing it for the very first time.

Listen to her "Chandelier" cover below: