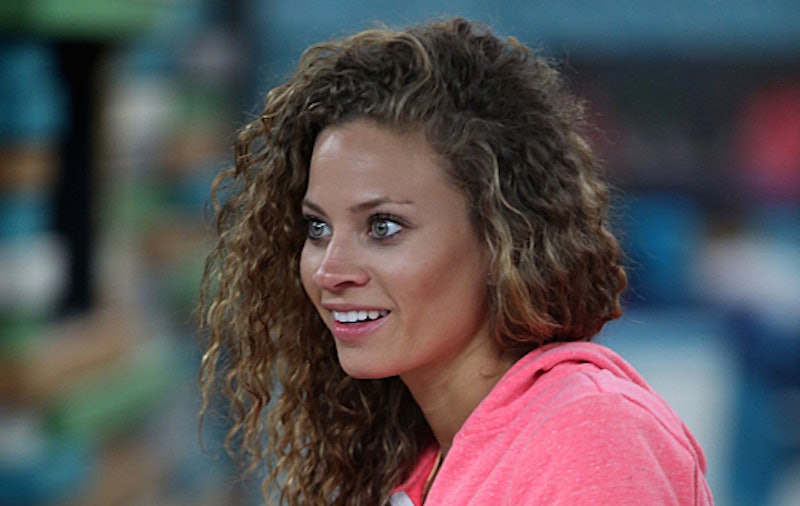 Falling in love in the Big Brother house is starting to catch on to the other houseguests, just ask Zach, who just professed his "love" for Amber. We all know the first houseguest to fall in love, as we watched Caleb's twisted ways attempting to woo Amber, who was just not interested, to say the least. Then, we have the cutest couple ever award that goes to Hayden and Nicole. (Caleb, maybe take a note out of Hayden's book and don't act like the girl you are into is the hogs you hunt, maybe try treating her like a human — just a crazy idea.) But now this new "love" is just too much.

Or is it? According to Zach, he is completely smitten with Amber — yes that Amber. Caleb, is not going to be thrilled to hear that now, is he? Well it could be that Zach doesn't actually like Amber, instead he might just be trying to create some drama in the house. Confused? Let me explain. Zach is tired of the same old drama that has been going on in the house, and by same old drama, I mean "who is going to clean up the bathroom or sleep with Victoria tonight" drama. Yeah, it's not very exciting. So it seems Zach hatched this perfect plan to get some blood flowing and people angry, at his expense nonetheless. Check it out:

First, Zach gives the bait to Brittany, asking her to play middle man for him and tell Amber that he likes her. What is this, the 4th grade playground? Seriously, we did this in 4th grade. Anyway, once Brittany told Amber, it was revealed that there might not be too much truth to Zach's crush.

So what is Zach's endgame here? It has been suggested by viewers that Zach is hoping to stir up some trouble in the house if or when Brittany is evicted on Thursday night's show. In hopes that she will scream it out to the house, more specifically Caleb, Zach keeps feeding her lines about how in love he is.

It's kind of hilarious that Zach has taken it upon himself to create the drama in the house. And we all know that if Caleb gets word of Zach "crushing" on Amber (crushing as a verb is very 4th grade, just go with it), he will most likely lose his shit. I mean the guy ATE A PICKLE for her. A PICKLE! Does love know no boundaries?

I'm with Zach in this situation. Let's find the drama meter and crank it up all the way. I can't bear to watch another episode about where the most dramatic thing is who wants to share a bed with Victoria. And not even in the biblical sense, because that would be dramatic!