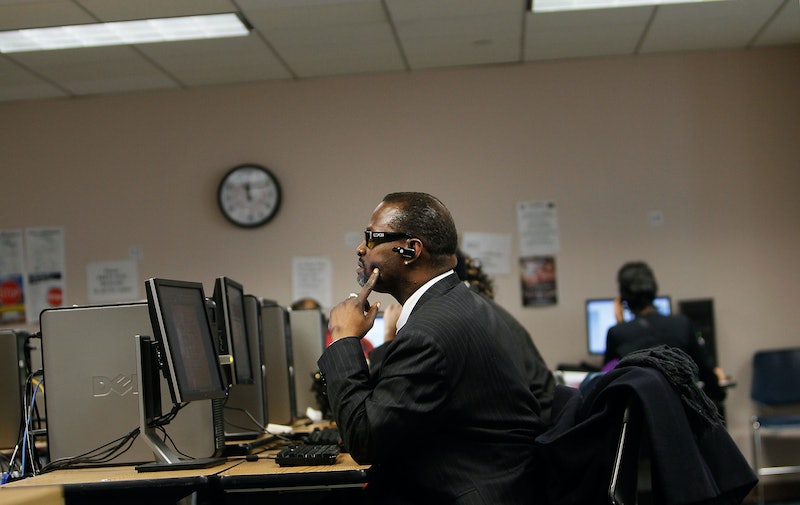 In the latest round of bad news for diversity, it turns out that women and people of color who try to encourage more diverse hiring practices potentially face a lot of backlash. White dudes who do the same, however, tend to receive praise. Because the world is just kind of sucky like that, I guess.

Though this sort of thing probably isn't shocking to any women and/or people of color who have ever found themselves in a leadership position, it is a little disheartening how widespread the problem seems to be. In a recent study, researchers at the University of Colorado looked at performance reviews for 362 executives, including directors and CEOs. They found that women and people of color who were promoting non-white, non-male hires received lower evaluations than those who went the "traditional" route of mostly paying attention just to white dudes.

Even worse, performance feedback suggests that women and people of color who promote more diverse hiring practices are seen as less competent than those who don't. Because apparently trying to break down the traditionally racist and sexist attitudes that still plague the hiring process means that a person clearly doesn't know what they're doing in their job.

The kicker, though, has to be the fact that white men who promote diversity don't face this perception at all. In fact, they're given better performance reviews when they promote diversity.

The whole thing is both unfair and pretty bizarre. Is it that people are more comfortable with change when it comes from someone who looks like them (in this case a white dude)? Is it maybe that people feel like having one non-white and/or non-dude person in a position of power is clearly enough, so if that person wants to add more people like them clearly they're out of line? Does it perhaps have something to do with people's tendency to like the idea of equality just so long as the charge is not being led by the people who are oppressed? Or do people just perceive anyone promoting someone like them as biased — unless, of course, it's a white dude spotlighting other white dudes.

Whatever the reason, it has obvious implications for diversifying the corporate world. For a long time, people have held to the hope that if women and people of color can just get a foot in the door, that soon more diverse leadership will lead to more diverse hiring practices and promotions and that eventually companies will be much more representative of what the general population actually looks like. But it seems the world is more resistant to change than that. If executives (correctly) feel that looking out for the interests of people like themselves will hurt their careers, they're less likely to do it, even if they do believe in increasing diversity.

Meanwhile, I'd like to say that we could maybe find some hope in the fact that white guys get a perception boost from promoting diversity, which might spur them to increase the number of women and people of color in their companies. But realistically, if the world ever waited for affluent, straight, white men to fix discrimination, we'd all still have the social norms of the 19th century. So I won't be holding my breath.