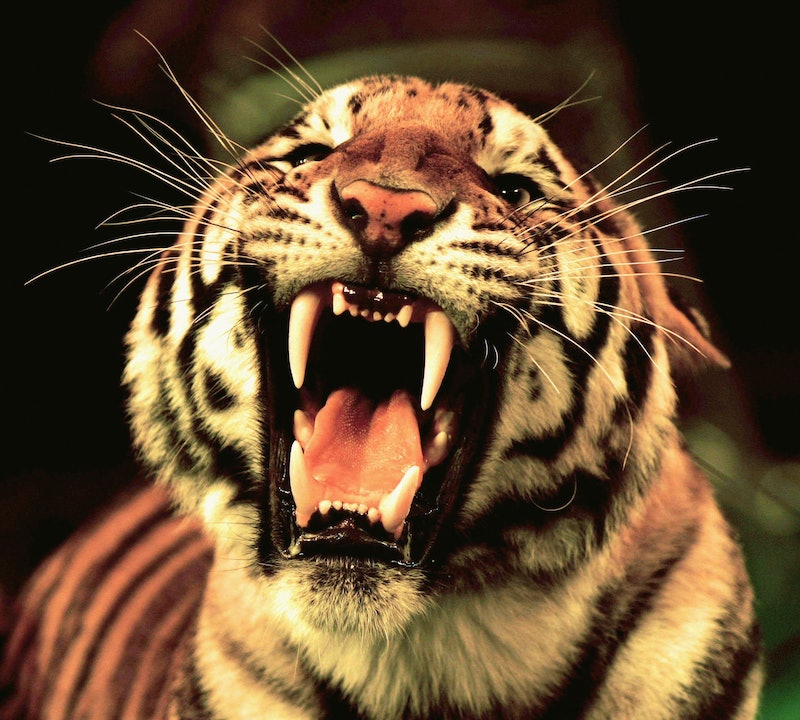 Even though it still shocks parents everywhere, people pay a lot of money for holes in their jeans. Of course, they're not just any type of tears, but carefully placed, trend-conscious rips that, let's face it, actually look really cool most of the time. But just in case a pair of ripped jeans isn't quite cool enough for you, and you need to find something that brings holey jeans to the next level, there is certainly a solution for you now. It's a tiger. Yes, you can pay to have a tiger rip your jeans for you. Of course you can.

The custom-ripped jeans are actually part of a project by Japanese brand Zoo Jeans (see what they did there?). The brand will have three pairs of denim destroyed by tigers, lions and bears at the Kamine Zoo in Hitachi, Japan. Those jeans will later be auctioned off to raise money for the zoo and the World Wildlife Fund.

Described as, "the only jeans on earth designed by dangerous animals" (is it any wonder?), Zoo Jeans says that they simply wrap the denim around the animals' favorite toys and "let nature run its course."

When the animals are done playing, they simply "gather up what's left of the damaged denim" and make jeans that have been created with "pure animal instinct." I don't know about anyone else, but I really would not want animals designing my clothing in any case. They're animals. They don't even wear clothes. Plus, are they going to understand that you should probably avoid shredding the crotch area of the jeans? Probably not. I predict problems. But, keep in mind that all of this is ultimately in the name of charity, guys. So at least there's that.

And just in case you don't get the overall theme of "lions, tigers, and bears destroying your jeans – for charity," there's a video to clarify.