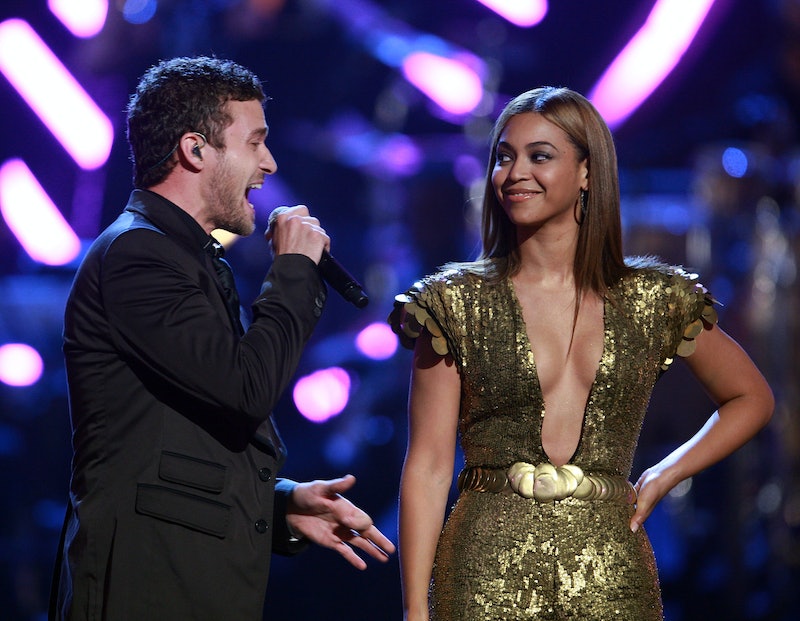 After a six-year hiatus, Fashion Rocks, the runway show that was a concert/concert that was a runway show, is officially back. And Pitbull will be there. Because what says "high fashion" quite like Pitbull and his mankles, right? Right. The Three Lions Entertainment hosted Fashion Rocks will premiere once again this September, thanks to Richard Beckman, CEO of Three Lions Entertainment, and Don Mischer of Don Mischer Productions.

The program, which was once an annual event, began in 2004, and as Beckman told Fashionista, it was "his baby" from the very beginning. Beckman also said that music and fashion complement each other now more than they did in the past, making a Fashion Rocks comeback even more important. And with an improved economy (the show originally went off the air due to a poor advertising market), it makes sense that Fashion Rocks is returning.

And even if Pitbull isn't your thing, the upcoming Fashion Rocks event will feature other popular artists as well: Duran Duran, KISS, Jennifer Lopez, Rita Ora, and The Band Perry are just a handful of the names on the lineup. Ryan Seacrest will host the event, obviously, because he hosts everything.

The event will take place September 9, right in the middle of fashion week, at the Barclays Center in New York. It will also be live, something that Beckman told InStyle is particularly exciting.

“For the first time we’ll air the event live during fashion week from Barclays Center. It will be a spectacular affair, featuring some of the world’s most talented musicians as well as today’s hottest fashions.”

Beckman told Fashionista that choosing who preforms at the event truly is a process that takes music and fashion equally into account.

"Basically you're looking for really top performers across multiple genres who aren't just outstanding performers, but also personify something in the fashion space," Beckman said.

Someone please tell me what Pitbull "personifies in the fashion space." Please.

But, honestly, I guess my real question here is: Can there really be a televised event involving the elite of both fashion and popular music and not include Beyoncé? Let's be honest with ourselves here.

Even without Queen B present, the show is sure to be star-studded and crazy. Tickets for the event go on sale August 1 and will be available at Ticketmaster. The two-hour show will air at 9 p.m. on September 9 on CBS.