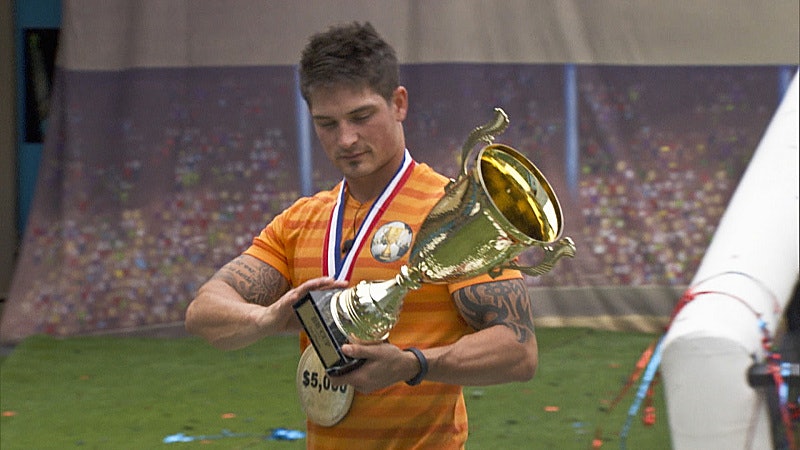 We finally found out what that "Activity Tracker" business was all about on Thursday night's Big Brother . After the houseguests got a break last week from the Have Not torture that usually plagues them, host Julie Chen dropped a truth bomb on the contestants. Speaking to the contestants live, Chen announced that the activity tracking bracelets all of the houseguests had been wearing would determine who would be a Have Not this week. The unlucky houseguests deemed "the laziest" this week were Nicole, Caleb, Christine, and Derrick, thus making them all Have Nots for next week.

We were all wondering what the "Activity Tracker" would actually be used for when the concept was first introduced a couple of weeks ago. I had a feeling that those who were determined to be the most active by the bracelets would be rewarded somehow, and it was likely that the houseguests who weren't getting up and exercising all the time would be punished in some way. It is Big Brother, after all, and seeing how Brittany and Cody were tortured after Wednesday night's Power of Veto competition, having to score 2,400 soccer goals in 24 hours and getting kicked in the butt repeatedly, respectively, it is not really a surprise that the show would take any opportunity to torment the houseguests for all of America's entertainment. And admit it, it is usually entertaining.

But ouch, Big Brother. That's a low blow calling these contestants "lazy," especially since they seem relatively active on TV. I mean, Caleb is ripped, and it seems like he's always at the workout station in the backyard. How did he become one of the laziest houseguests? As for Nicole, Christine, and Derrick, well, we've only really seen them lounging in the HoH bed or sunbathing, so really no surprises there.

As for now, it doesn't look like the most active houseguests will get any sort of reward for getting their physical activity on, but it certainly would be nice of the show to do so. Let's have some positive reinforcement here, amirite? If the other houseguests see that there is a reward to be had, maybe they would be more likely to get up and work out.

But then again, whether the houseguests are active or not doesn't really matter to us, does it? We're just sitting comfortably on our couches at home either way.