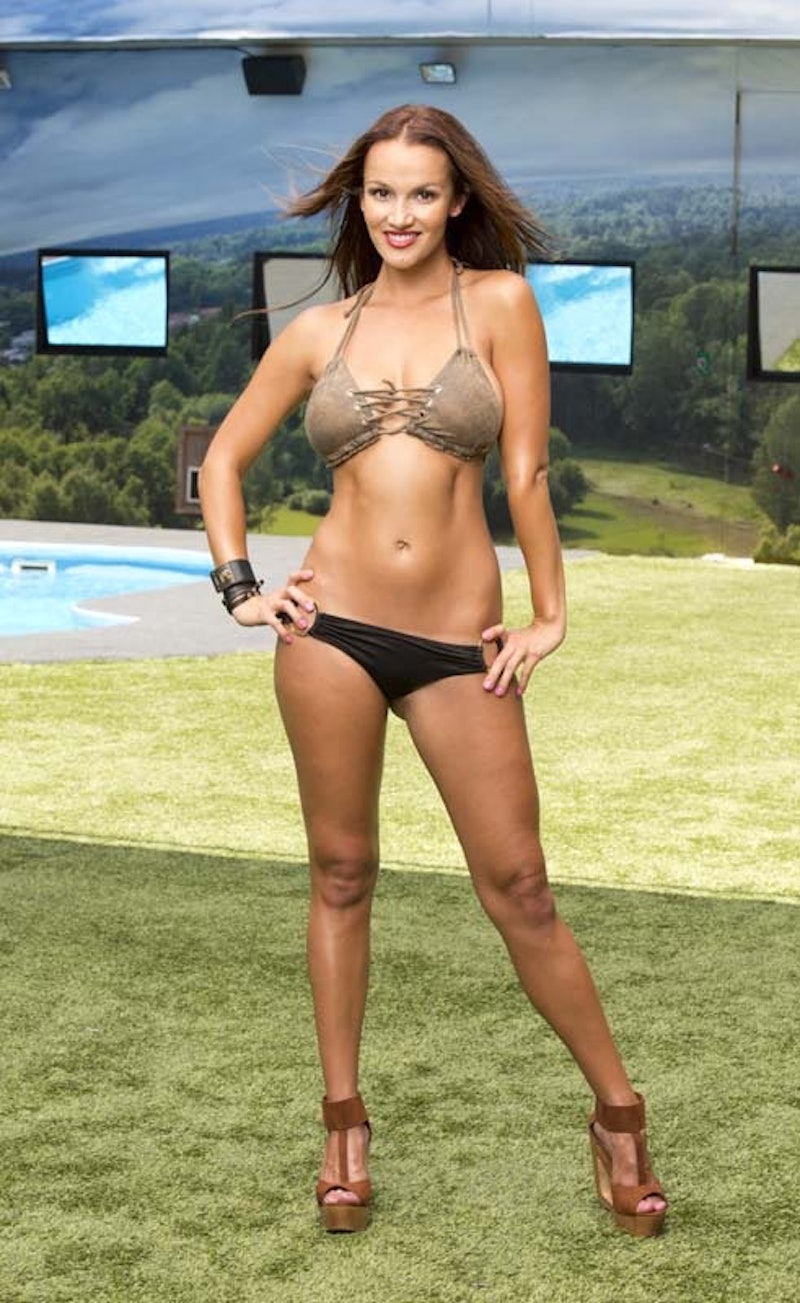 For a Big Brother house that's wall-to-wall drama right now thanks to one creepster supreme named Caleb, some comic relief is desperately needed. And sadly, since Zingbot is still a few weeks away (how I miss you, Zingbot), viewers had to get their kicks another way. Emphasis on the kicks. During Wednesday night's episode of Big Brother , houseguests Cody and Brittany received butt-kicking punishments (in Cody's case, literally) for losing in the Power of Veto competition, and made for Big Brother comedy gold.

Don't get me wrong, the houseguests provided their own inane hilarity during the episode, like when Victoria yelled "Touchdown!" after her soccer goal or when Nicole — who had to wear the ill-named "Germitard" costume for the week — pondered out loud if "contraption" was a real word. (It is. "Caltoru," however, still is not. Sorry, Paola, wherever you are.)

But those antics did not compare to watching Cody — who already had to deal with the humiliation of losing a soccer-themed competition when he is a soccer player — have to repeatedly get hit in the butt with a butt-kicking contraption (did I say that right?) whenever the Big Brother overlords summoned him to. Day or night, Cody would have to pull a cord that had a foot kick him in the butt ten times. At one point he was so delirious, he accidentally gave himself a kick to the butt that wasn't required. Granted, The Simpsons did it, but it's still damn good TV.

Brittany, who is already in full I'm-getting-evicted-meltdown-mode, then had to physically tire herself out by scoring 2,400 soccer goals in 24 hours in order to play in the next veto competition. Incredibly, she pulled it off and all of her self-inflicted emotional butt-kicking briefly took a back seat.

More like this
What’s New On Netflix: 'Stranger Things' & 'Somebody Feed Phil' Return
By Arya Roshanian
What’s New On Netflix: A Victoria Justice Rom-Com & The Return Of David Letterman
By Arya Roshanian
Jake Daniels Just Became The UK’s First Active Football Player To Come Out As Gay Since 1990
By Sam Ramsden
What Is Jeanie Buss' Net Worth? The Lakers President Is Uber Rich
By Hugh McIntyre
Get Even More From Bustle — Sign Up For The Newsletter