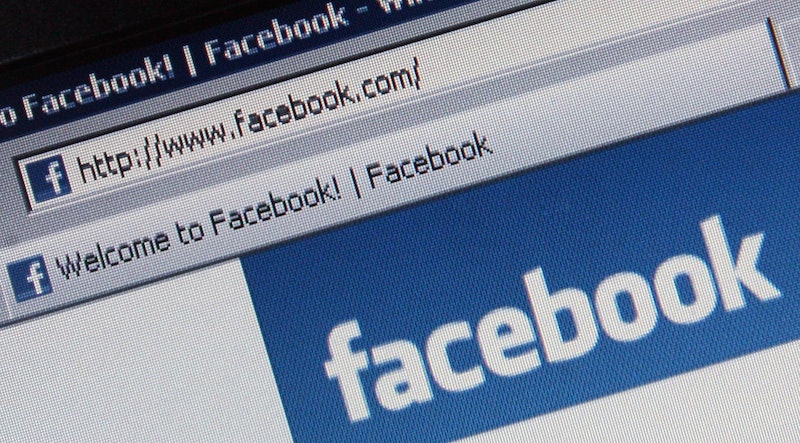 You know the drill: you break up with someone, or they break up with you. You then proceed to cry, drink, sleep with strangers; if you're particularly adventurous or particularly sad, you do all three at once. You monitor your ex’s social media accounts obsessively, looking for hints that they are missing you or with someone else or have suddenly grown large, unseemly tentacles all over their body. You write some tweets that you will not be very proud of in a few weeks time. You cry or drink or bang some more. You try to leave the house for dinner with friends, but somehow accidentally end up watching Kitchen Nightmares for 10 hours straight instead.

And then, one day, you wake up feeling a little bit better. There’s less misery, less binge-watching, less blatant sweatpantsery. You start returning emails and showering again. You make tentative steps towards rejoining society. And as a final declaration of moving on, you unfriend your ex on Facebook.

Except for the times when you don’t. Though almost all advice on coping with a break-up paints unfriending an ex as essential for your emotional health, going so far as to claim that "following your ex’s activity on Facebook will prolong your distress, increase negative feelings, promote more longing, and postpone emotional recovery," a lot of us never quite cut the digital cord. And while this makes sense for those exes who eventually turn into friends, what about those exes who just stay...exes? What purpose does including them in our ongoing online lives serve that trumps supposedly lessening distress, decreasing negative feelings, and making a speedy emotional recovery?

Despite the flood of expert advice warning against staying connected online , only 8 percent of the people we unfriend on social media are former romantic partners, and only 22 percent of us have unfriended an ex after a break-up. Which means that 78 percent of us are, against the good advice of the entire Internet, sticking with our exes. So what's the story here? Could there actually be something positive to be gained from reading a former love's weekly posts analyzing the most recent True Blood? Or are we all just a bunch of cuckoo-bananas emotional masochists, acting against our own best interests out of some sick, self-punishing compulsion?

Clearly, the only place to find an answer was on Facebook itself. I put out a public call to my 300-ish Facebook friends, asking about their reasons for staying connected online to long-ago exes. What did the dozen or so folks who replied to my extremely unscientific poll have to say? Well, the good news is that we're not just holding onto social links with our exes because we're a bunch of self-torturing maniacs. What every person I spoke to told me was that staying connected with an ex affected them in a positive way — primarily through maintaining hope or creating reassurance.

On the "hope" end of things, we had Maria, 29, who admitted that she stayed linked with her most recent ex on social media in hopes that one day, after the flames of their break-up settled down, they could become actual friends. Not that she's necessarily betting on it, “but wouldn't it be sad if we did become real-world friends again, and then I had to re-request his friendship on Facebook? Wouldn't that put a damper in things?” I heard a milder version of the same thoughts from Cassidy, 25, who used staying friends online as “a way to say ‘don't worry, I don't hate you’” to her former partners. Showing that there are no virtual hard feelings is a lot easier than actually engaging with your ex in the real world, which Cassidy recently learned after platonically hosting an ex while he was in town — “in real life, being fake friends is way harder.”

On the side of "reassurance" — that is, using the link with your ex to periodically remind yourself that breaking up was for the best, you made the right choice, and that you’re not living out the shitty half of Sliding Doors — was Claire, 36. Years ago, Claire had broken up with a boyfriend whose life then immediately veered down a different path from hers — she became an actress and photographer in a city, while he got married and beelined to the suburbs for a more traditional life. Though the two haven't spoken in years, they remain Facebook friends, and Claire occasionally turns to his profile for a reminder that the life she chose is the right one for her. “I know, it's completely childish," she admitted, "but on some days, looking at his profile just makes me feel like I made the right decision to live my life the way I did...even though I was sad at the time, I never would have had the life that I had if I had stuck it out with him.”

There was a third reason people mentioned for staying friends with an ex on social media, as well — to hold on to a sense of the past. Staying friends allows you access to the memories you two made together both a practical level — i.e. assuring that you won’t suddenly be locked out of years of romantic vacation photos you took together — but also on an emotional level. Evan, 32, never defriended his exes, even though he's currently in a happy relationship, because “it's almost as though, as long as we're Facebook friends, there's still a connection, however tenuous, to the past.”

It's a feeling that I’ve found to be true in my own life. Despite having been in a serious relationship for the last half-decade, I'm still Facebook friends with a number of exes — guys I haven't spoken to since Battlestar Galactica was on the air. My periodic checking in on them is less about them than it is about me. I don’t do it because I’m still in love with them and think we should get back together, or because I hate them and want to make fun of their lives/ families/ fusion cuisine food trucks. I just like turning on the flattering mists of nostalgia and remembering that I had once had a different life, one that I’m safely enough removed from now to romanticize. For your mom or dad, this role was probably filled by a stack of discolored photographs and love letters hidden in a shoebox. For us, it's Facebook connections.

This isn't to say you shouldn't hide an ex's profile in the immediate aftermath of a break-up, or stay friends with an ex later on if you don't want to — if it feels right to you, and you can click that big blue button with a sense of purpose, more power to you. But if you do stay "friends" — but not actual friends — don't feel guilty about it. Social media sometimes seems to heighten the strange belief that monogamy means you’re supposed to have never had a past before your partner, to pretend that you have never laughed with or cried with or sent nude photos to anyone except your current beloved. That may be one way to clean up your Timeline, but that doesn't mean it's the only way to live.

More like this
Here’s What TikTok's "Mascara” Trend Is *Really* About
By El Hunt
30 Sweet Valentine's Day Caption Ideas For Long-Distance Relationships
By Syeda Khaula Saad and Carolyn Steber
50 Valentine’s Day Instagram Captions To Post If You’re Single
By Jessica Booth, Lexi Inks and Carolyn Steber
Lizzo & Myke Wright's Relationship Hit A New Level With Their "Hard Launch"
By Stephanie Topacio Long
Get Even More From Bustle — Sign Up For The Newsletter
From hair trends to relationship advice, our daily newsletter has everything you need to sound like a person who’s on TikTok, even if you aren’t.