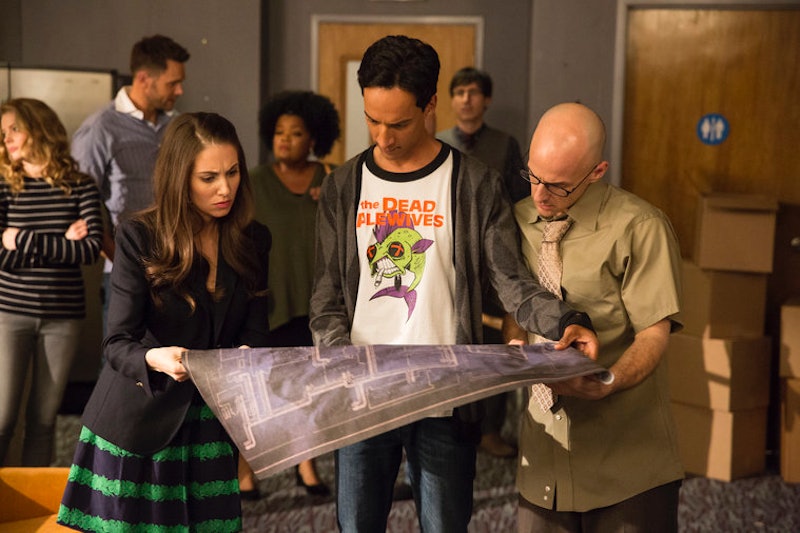 Being a Community fan is a lot like signing up to have someone walk around and randomly punch you in the face every now and then to keep you on your toes. For every time that the Greendale Seven has made us laugh or feel all the feels, there's been a time that the heavy ax of cancellation has been hanging over all of our heads. Community has managed to hang on for five seasons and even experienced a resurrection for a sixth season of Community on Yahoo, but the news that is being revealed about it isn't very promising so far. At Comic-Con 2014, Dan Harmon revealed Community season 6 will be released weekly rather than all-at-once like every other online series ever and that could be bad news for the show.

On the one hand, the once a week format is the format that Community fans are used to from watching it on television. After all, the Halloween and Christmas episodes wouldn't exactly feel timely if we were binge-watching Community the same weekend it came out and Abed Nadir did make a meta comment about the lack of holiday-themed episodes in season 5 due to the uncertainty about exactly when the season would air on NBC.

However, the once a week format is a format that works for television because no one in their right mind is going to sit down and watch a marathon of new Community episodes if they can't pause it and come back later or take a break to eat, shower, and see their friends. That's why the all-at-once format is preferred for an online series. The entire show is there for everyone to watch as fast or as slow as they want, to watch over and over again, to talk about forever until the next season comes out. Even Amazon, who originally broadcast its shows once a week, has switched to the all-at-once format.

I understand that Community wants to stay true to the spirit of the show as much as possible considering their new format, but this is one instance in which fans wouldn't mind a small change. Sure, we'd have to wait longer for season 6 to come out rather than getting it "sometime after Christmas", according to Harmon, but quality is definitely preferred for a possibly final season of only 13 episodes. Especially a possibly final season that still might not feature Donald Glover (who, according to Harmon, could provide the entire plot for the movie part of #sixseasonsandamovie).

Maybe I'm worrying over nothing, but Community has been living a hard knock life since the pilot episode first came into our lives and I, like every Community fan, am fervently hoping that Yahoo TV will be the network that gives it the popularity it has always deserved. So far, it's not looking good. Looks like we're going to have to keep praying for Greendale and trusting that Dan Harmony knows what he's doing.