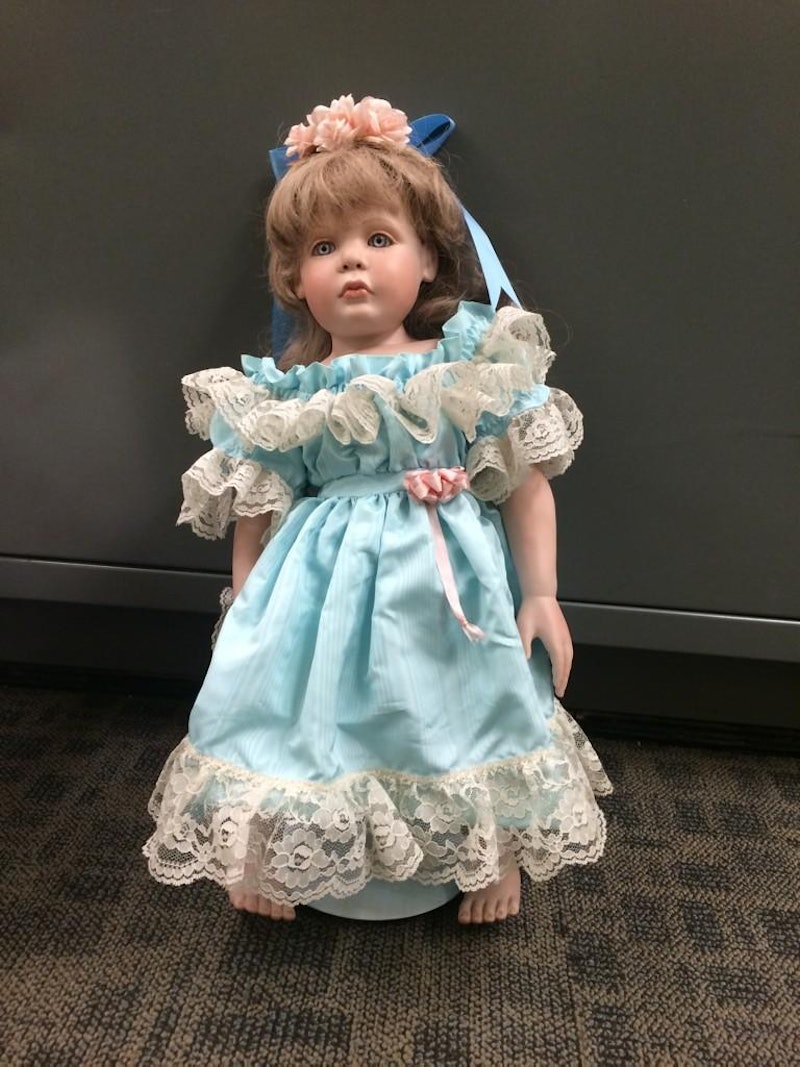 Kind, or extremely creepy? For a while now, the Talega community in Orange County, California, has been at a loss. Porcelain dolls that eerily resembled the girls they were for were appearing on suburban doorsteps, without any note or explanation. Worried, the families contacted the police. After all, if Hollywood has taught us anything, it's that a combo of porcelain dolls, little girls and anonymous gifts spells trouble. Big time.

Over the last week, more than half a dozen elementary school girls received these anonymous presents in the Talega community of San Clemente, all at different times. For a while, each family thought they were alone in receiving the mysterious porcelain dolls — when they eventually found out they weren't, the creep-factor only grew. In the end, eleven families contacted the police about the strange figurines being left at their doors. “It caught me by surprise,” Lt. Jeff Hallock from the Orange County Sheriff’s Department told ABC News. “It spun of control."

He added: “The dolls were being left at these homes, but everybody thought they were the only one. When the families started communicating and put it together, they became concerned.”

What really made the families worried, the sheriff added, was the fact that the dolls seemed specifically intended for the girls whose houses they were left at — a lot of the figurines really looked liked the 10-year-old girls. "Obviously, there’s an indication by some the parents that the dolls resemble their daughters," Hallock said. "We’re talking about children here. Anything that has the potential to involve children causes us some concern.”

So this is the part in any horror movie where it would all go very dark, very fast. But of course, Hollywood isn't always right. And as it turns out, in this case, it was dead wrong. Shortly after the police investigation began, they discovered that the creepy gift-giver was an elderly woman who goes to the local church with the families.

Wrote the police department in a statement on their webpage:

Following conversation and questioning of several parents, information was learned that focused on a female adult who lived in the local community and attended church with many of the impacted families.

The police added in a tweet that the "intent was goodwill." She just wanted to get rid of her doll collection, she told the police, and she thought the 10-year-olds would get a kick out of it. Sure. (But maybe leave a note next time?)