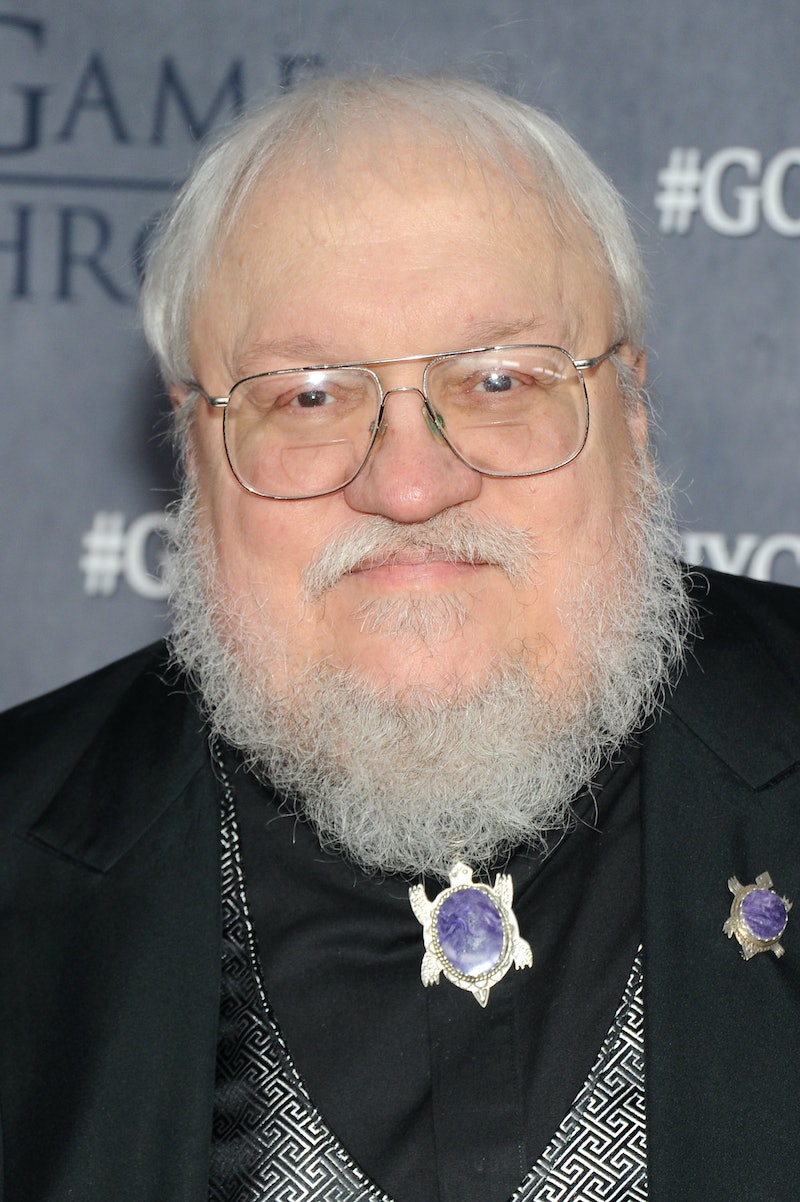 George R. R. Martin has created thousands of characters (literally, thousands — I'm looking at you, Random Fighting Dude #732 Who Died Sometime During Season 3) which means that he has, for the most, part gotten inside the heads of these characters. But has he ever gotten inside the body of one? Now he has! You must see this photo of George R. R. Martin in a cut-out of Danaerys Targaryen. Comic-Con already seems like a magical place (hello, Benedict Cumberbatch), but now it seems like a pretty hilarious place, too.

Martin has never been shy when it comes to having fun with his die-hard Game of Thrones fans, so it's not too surprising that he took a photo like this at Comic-Con, the mecca of all things geeky.

And hey — if he's gonna be a character, then Danaerys is a pretty cool character to be. But what do we call him? The Father of Dragons? Or Breaker of Chains? Also: Sorry not sorry for asking, but when the books are coming out?

The more important question, however, lingers: will Martin make a cameo on Game of Thrones? Like as some scribe in Mereen or something? It's just a thought.

Check it out below: