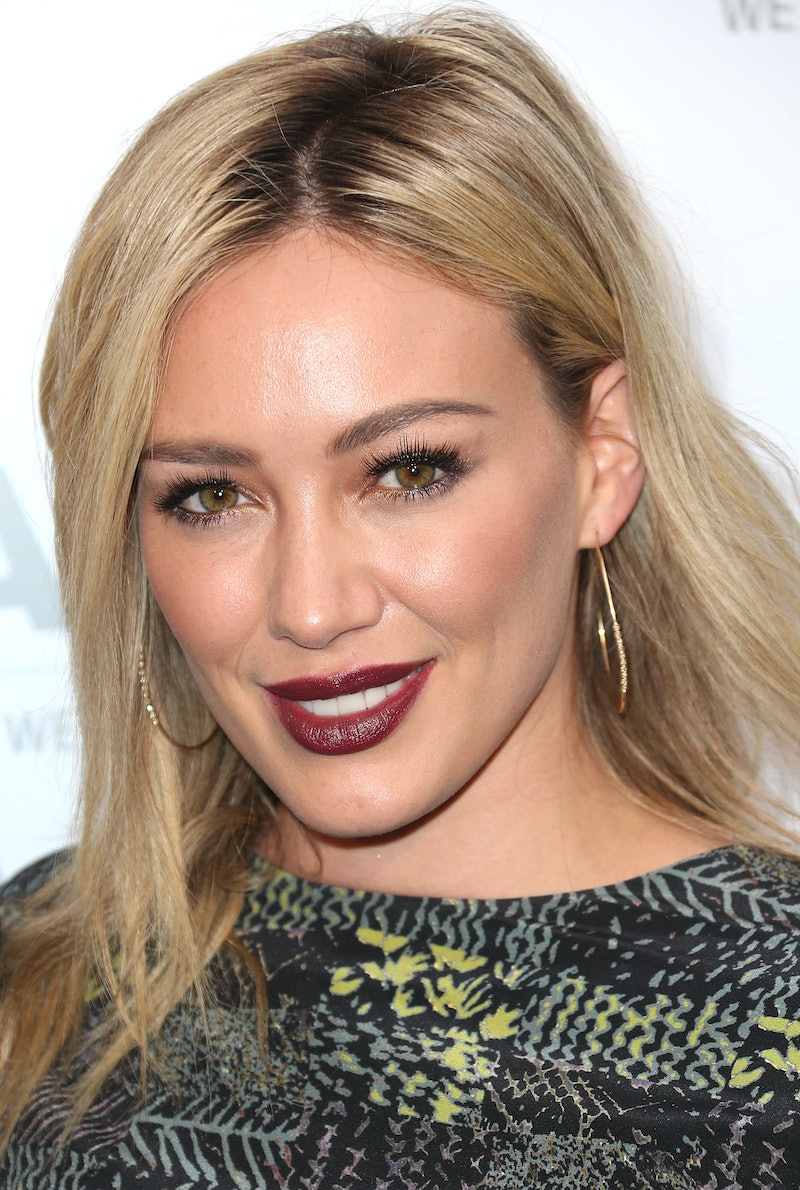 On Thursday night, Hilary Duff finally premiered her new single, "Chasing the Sun," at Marquee in New York City. Well, sort of. After arriving fashionably late to the event, Duff hung out on stage with the likes of Milk from Season 6 of Rupaul's Drag Race and Perez Hilton while the DJ played... wait for it... a dance remix of "Chasing the Sun." I guess Duff doesn't want fans to hear the original version of the track until its official iTunes release on Tuesday, July 29 (you can pre-order the song now, if you're so inclined). So, is "Chasing the Sun" a smash hit in the making? Well, I love the remix that Duff debuted on Thursday evening, but the good ol' regular version? Eh, I'm still a little on the fence.

On Wednesday, Duff posted a small preview of "Chasing the Sun" in its original form on Instagram. It sounds light and sunny, but also a little...sleepy. On Monday, I reported that an industry insider had compared the song to something singer-songwriter Colbie Caillat might release, and I think he was right. I mean, it makes sense — "Chasing the Sun" was not, in fact, co-written by Ed Sheeran as I had previously thought, but rather, by Caillat, Jason Reeves (Caillat's "Bubbly"), and Toby Gad (Beyoncé's "If I Were a Boy"). Sheeran said in an interview with Digital Spy earlier this year that he had worked on Duff's lead single, but apparently, plans changed. Check out Duff's preview below. Do you see what I mean? It's cute, but perhaps a bit yawn-inducing, as well?

To the contrary, the remix of "Chasing the Sun" that premiered on Thursday night, is full of energy and life. I mean, duh, it's a dance remix! After a few stiff Shirley Temples, the chances of me going absolutely bonkers to this version of the track would likely approach 1,000 percent.

I suspect that I'm going to prefer this dance remix of "Chasing the Sun" over the single version, but I'll reserve final judgement until I've heard them both in full. Truthfully, I'm just happy that the Duffster is back to making sweet, sweet music again. With any luck, her fifth studio album will be released sometime during the fourth quarter of 2014.