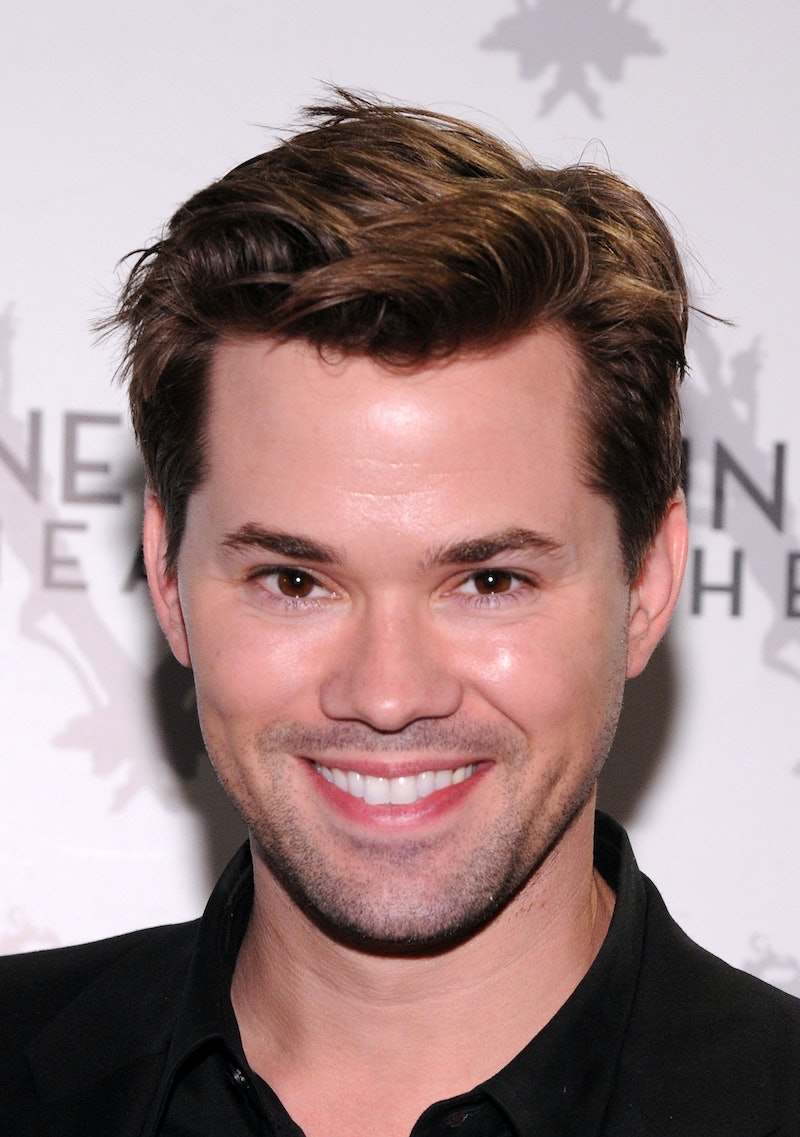 In adorable celebrity Instagram news of the day, Andrew Rannells and Anne Hathaway played chess and pretended to ponder something and Rannells gave the world a lovely photo of the event. Hello, photogenic people. Technically, it's a re-gram from Nancy Meyers, who has been posting awesome stuff on Instagram from the set of her new movie The Intern, so it's pretty easy to assume that this pic has also been taken from set, as it will be written by Meyers and stars both Rannells and Hathaway.

The movie, which also stars Robert De Niro, is about a retired guy (De Niro) in his 70s who is bored with what's going on in his life, so he becomes an intern, which is apparently totally okay for senior citizens to do in Hollywood. He takes on a position at the fashion magazine where Anne Hathaway works. Apparently, Andy from The Devil Wears Prada has climbed the ladder over the past decade! So since we're in fashion land, it would pretty amazing if Rannells is one of the people who work at the magazine, especially if that means he can give Girls' Elijah's incredible short suit a visual shout-out. Also, the more Andrew Rannells, the better.

But if Rannells, who is about to step into Neil Patrick Harris's high heels when he takes on the titular role in Hedwig and the Angry Inch on Broadway, is hanging out with the silky-voiced Hathaway, then we've just got to cross our fingers that the two will record a duet in the near future and post a clip of that on Instagram. That would be Internet gold. Consider this my humble request for "Suddenly Seymour" from Little Shop of Horrors.