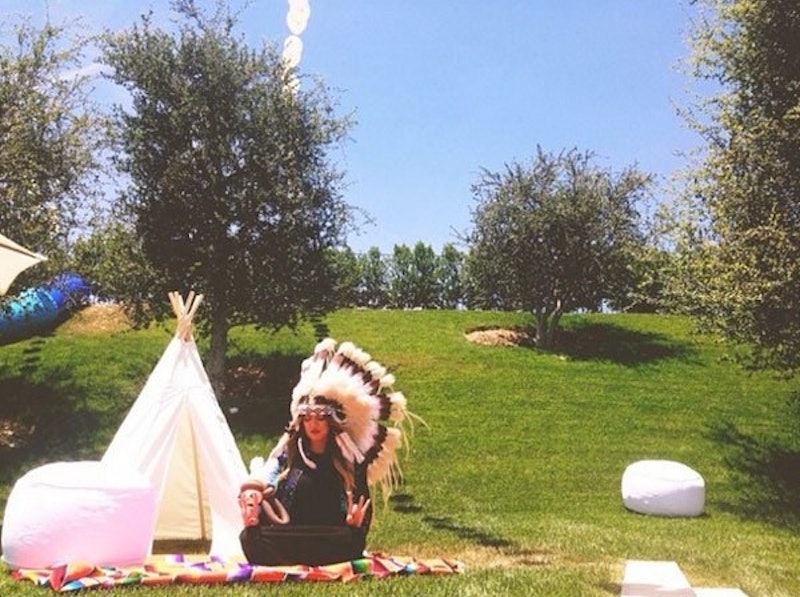 I will never understand how it is that so many people still think it’s OK to don Native American headdresses in the name of fashion. It’s not. It’s incredibly disrespectful, as we have seen time and time again. Despite the numerous Native American activists who have stepped forward to say, no, it’s really not acceptable to appropriate someone's culture like that, though, the use of headdresses continues to proliferate, with music festival attendees being some of the worst offenders. Thankfully, though, there’s this: Canadian music festival Bass Coast has officially banned Native American headdresses from the event.

Bass Coast, an outdoor festival which will play from August 1 through August 4 in Merrit, British Columbia, announced the policy on Facebook on Wednesday, July 23. “For various reasons, Bass Coast Festival is banning feathered war bonnets, or anything resembling them, onsite. Our security team will be enforcing this policy,” the festival organizers wrote. The statement continued, “We understand why people are attracted to war bonnets. They have a magnificent aesthetic. But their spiritual, cultural, and aesthetic significance cannot be separated.”

As Jezebel’s Kelly Faircloth pointed out, it’s “pretty damn ridiculous this requires a rule in the first place”; at least, though, it’s a start. As Ian Campeau, also known as DJ NDN of A Tribe Called Red, told the Huffington Post in 2013, “We’re in the middle of our civil rights movement right now, today. So hopefully, in a couple decades, ‘redface’ and terms like ‘Redskin’ and ‘Indian’ will… become tabooed in North American society.” Bass Coast’s policy is an important step in that process, so hoorah for that.

Now if we could just get the message to Pharrell, and Khloe Kardashian, and H&M, and everyone else, that would be great.