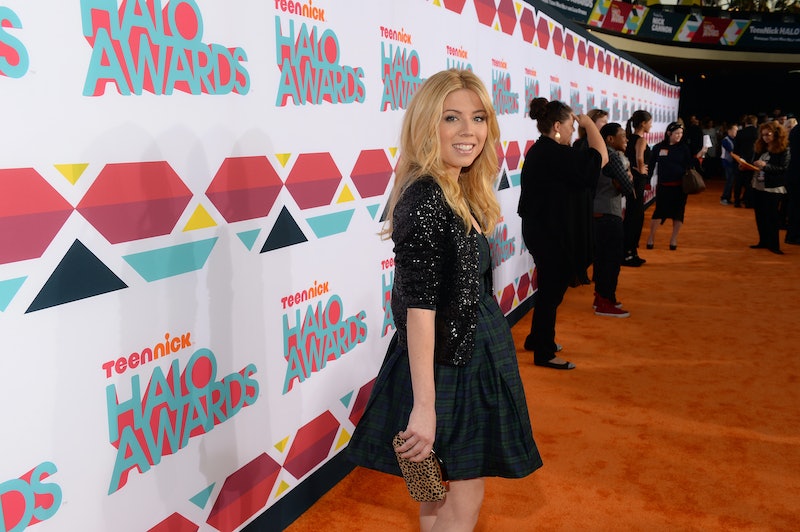 Jennette McCurdy has been under a lot of pressure lately. Her Nickelodeon show went under fire after some sexy pics of her were leaked back in the spring, and the show was ultimately canceled. On Thursday, she Instagrammed a picture of herself with the alleged notion that boys were "#fapfapfap"-ing to her, and that "#boysaregross." (Apparently, she doesn't want boys to #fapfapfap to her Instagram pics.) She's received a ton of backlash for that, but it looks like she's trying to make all of that come to a ceasefire, as she's taken to Reddit. McCurdy wrote a long winded rant about how she's not a role model, nor does she have any desire to be one.

In her message on Reddit, which is actually very well-written, she alludes to the fact that even though she tried to be a role model, it was foolish of her to ever think she could be one. She wrote:

With the growing I've done, I realize that to attempt to live up to the idea of being a role model is to set myself up for foregone failure. Sure, I've made some mistakes, but even if I hadn't, people would have found invisible ones. This world is one seemingly most keen on judgment and negativity, despite all the hearts and smiley emoticons.

She went on to take on the problem with young adults looking to celebrities to be their role models, writing,

But in order to be thought of as a real, true role model, I believe you have to know a person and their actions, inside and out. Calling a celebrity a role model is like calling a stranger a role model. The knowledge you have of a celebrity is no more than a caricature drawn by media tastemakers specializing in selling you an image you’re dying to buy. It’s good to have heroes, but you have to look for them in the right places. They say don’t look for true love in a bar, well I say, don’t look for role models on screens.

She also didn't want to alienate people who looked up to her, so she wrote:

She has a point in that it may be best for young women to find role models in their actual, everyday lives. The thing is, it's sort of inevitable that young girls will look to the girls that the see on television; while they may try to deny the impulse, it does happen. Part of being the star of a hit television show is assuming the responsibility of knowing that you will be heavily documented and viewed by young spectators in their formative years. It can be assumed now that we likely won't see McCurdy in the tween spotlight for much longer, but she wouldn't be the first Disney or Nickelodeon star to remove herself from the bubblegum image. On a scale of one to Vanessa Hudgens, this lands somewhere in Miley Cyrus-ville, except it's pretty well-written and doesn't have a lip tattoo.