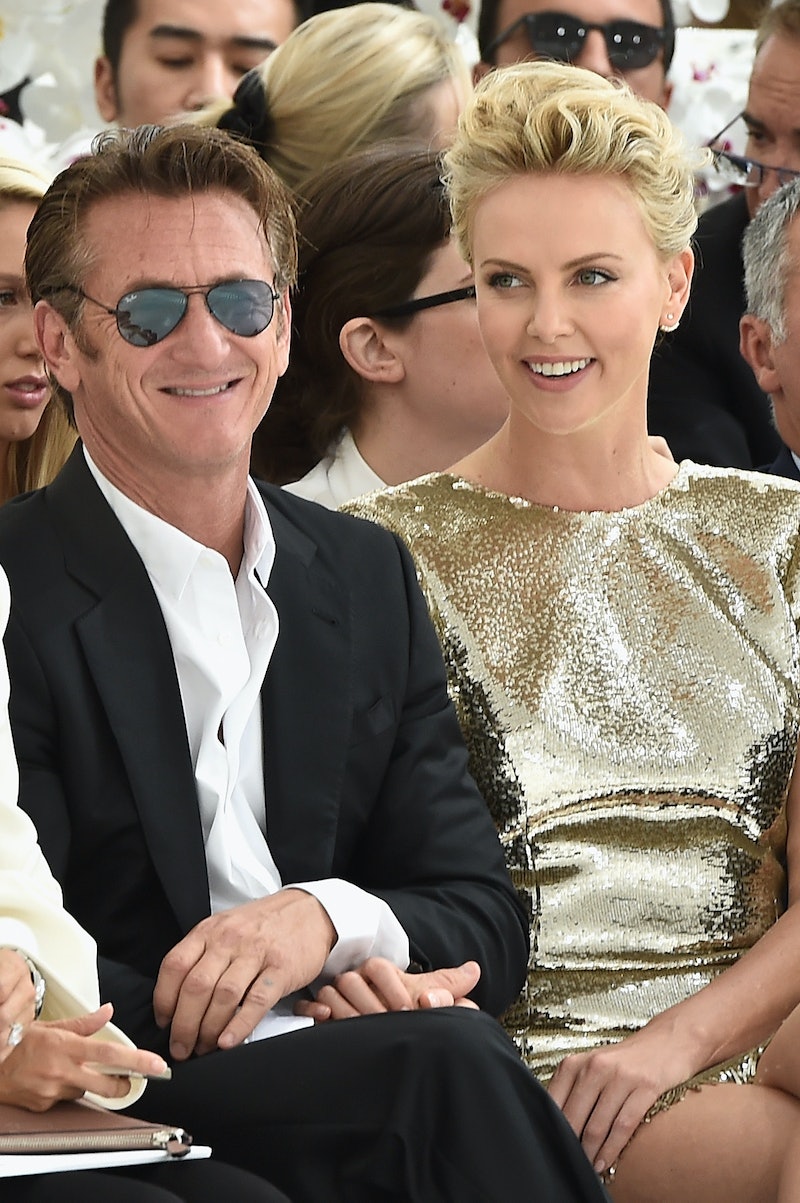 Though Charlize Theron was spotted wearing a diamond ring on her ring finger, she isn't planning to get married. At least not yet. Apparently, she bought the $4,900 ring for herself! Though the union would make sense, it appears that Charlize Theron and Sean Penn are not engaged, but are instead taking a less traditional route. It wouldn't be a surprise if Penn and Theron choose to either skip the engagement stage, or not get married at all. The couple is already nontraditional with their age gap of over ten years. Plus, Penn has already had two high-profile marriages (to Madonna and Robin Wright), and Theron has had a few long-term relationships, though she's never been married.

The two do seem pretty serious. Theron said of the relationship: "We were just really good friends and it's been slow going because you are aware that you could screw that up and lose it. We had to think about it. But at the end of the day, it was somewhat effortless."

Theron and Penn have been rumored to be thinking about marriage — and adopting a child — and Penn has apparently become close with Theron's son. Who knows where their relationship will end up? I can see them as a couple that remains together for years but doesn't get married. Anyway, it's still early. While they've know each other for years, they've only been dating since January. As I see it, Theron's purchase of a gossip-provoking ring seems like proof that the couple is totally comfortable doing their own thing.