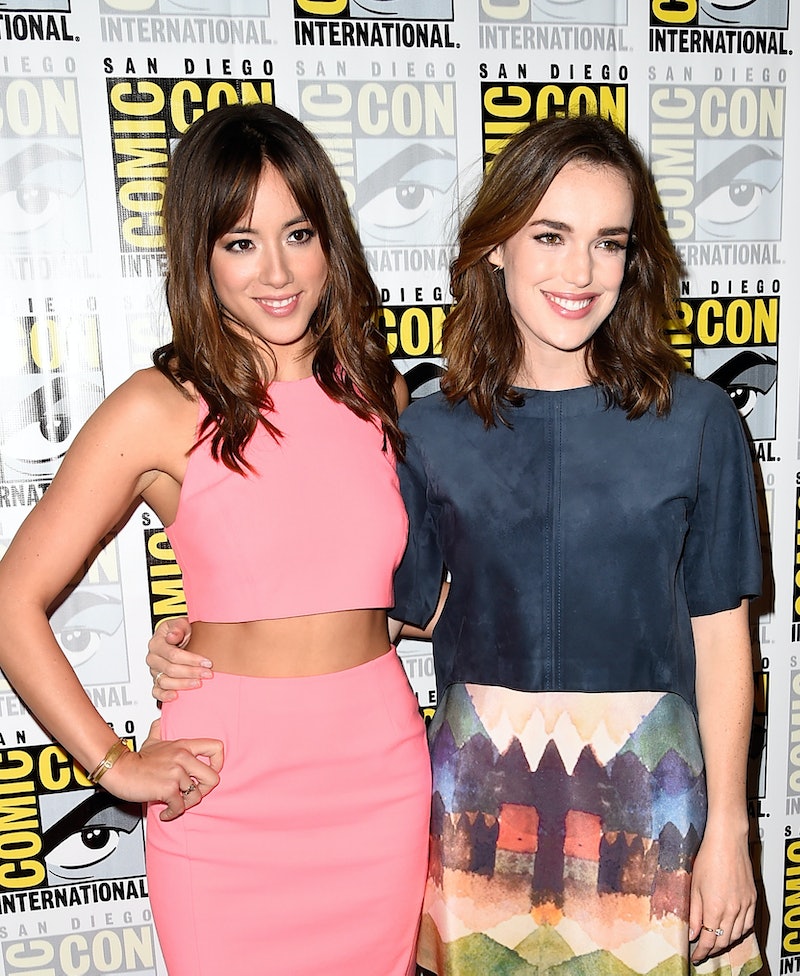 As I sit by my computer obsessively updating my Twitter feed, I'm growing progressively more angry at myself for missing that small window of opportunity that could have resulted in a ticket to San Diego Comic Con. It's only day 2, and already I've missed talk of six seasons and a movie (and the show's newest ship, Jeff/Dean Pelton) over at the "Greendale Forever" panel, and a veritable explosion of glamourousness (and the debut of this awesome GoT blooper reel) over at the Game of Thrones panel.

Oh well — the social media denizens are keeping me fairly well updated. After all, I was delighted to find out that at the recent Agents of S.H.I.E.L.D panel, the ever-awesome showrunner Maurissa Tancharoen said of Brett Dalton, "When he became a villain, he kind of turned the sexy up" (Now, chant with me: One of us! One of us! One of us!). There's also the fact that Ming-Na Wen joke-argued with Chloe Bennet about who was more betrayed by Evil Ward — oh, and speaking of that, apparently Chloe still ships #SkyeWard... and she also ships #Skimmons (which, yes). Though a quick glance at the IG she posted right before the panel might have you shipping #FitzSkye (or is it #SkyeFitz? #Skitz? Your guess is as good as mine), because aww:

But enough about shipping, let's take a look at the clothes:

Ming-Na kept it casual in a sleeveless shirt, black shorts, and booties — and she showed her Marvel pride with her graphic T and a very cool necklace bearing S.H.I.E.L.D's eagle insignia.

Elizabeth looked lovely and put together in a black blouse, paired with a whimsically-printed (and colorful) skirt and nude sandals.

Here they come, to save the day!