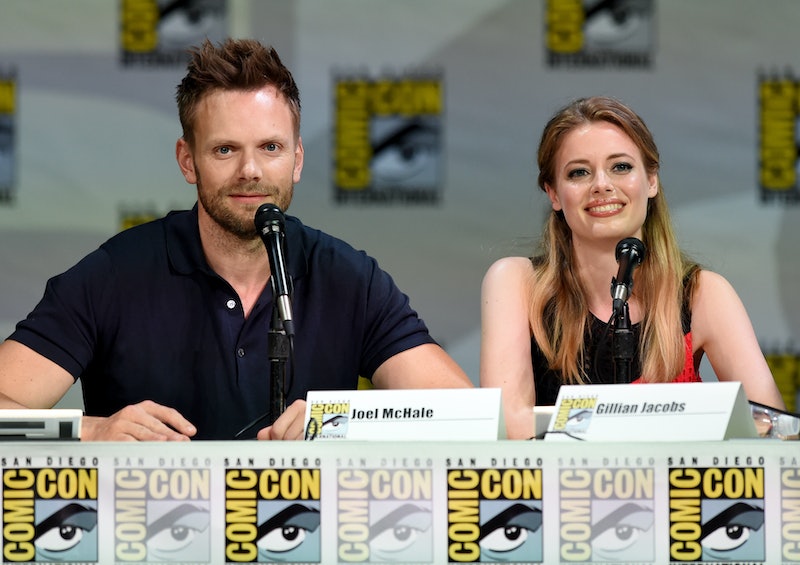 I wasn't there, were you?

I couldn't make it down to San Diego Comic-Con this year, and I can't get over the feeling that I missed out in a major way. Luckily, I know from the combined powers of Twitter and Tumblr that much fun was had, many jokes were made, and much talk was had re: what moving to the Internet will really mean for the show. (According to Joel McHale, it means the end of Jeff/Annie and Jeff/Britta, and the beginning of Jeff/Dean Pelton — though in the interest of full disclosure, he did say that in jest).

But really, the resounding theme of the panel seemed to be along the lines of "anything can happen" — except for Britta, of course: Gillian Jacobs mentioned that "the possibilities are truly limited" when asked about Britta's status as a psych major (Britta as a therapist truly is a frightening thought though, isn't it?)

Fangirling about #sixseasonsandamovie aside, let's take a look at the ladies fashion at the panel. Since Yvette Nicole Brown and Alison Brie were in absentia, that just leaves Jacobs, who did not disappoint (insert Britta joke here). She looked polished yet laid-back, hitting the Comic-Con level of formality/informality right on the nose:

See? The half-up/half-down hair says "I care, but not too much." Same with the green loafers and immaculate (yet very natural) makeup. She's rocking the dress as well, which somehow manages to be simultaneously simple and complex: the silhouette is standard, but the melange of textures and graphic colorblocking really gives it some nice pop. In other words? Another all-around win for Ms. Jacobs!