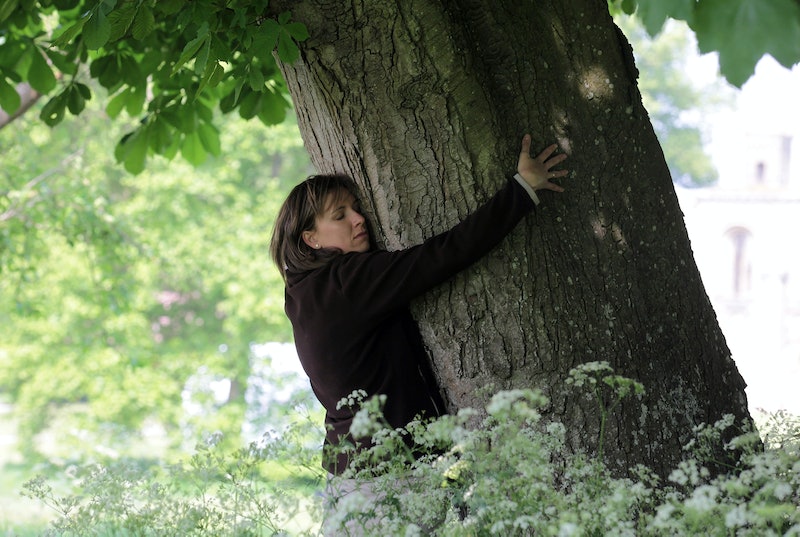 Captain Planet was onto something. Trees save about 850 lives per year, according to a new study released this week by the National Forest Service. Although that may bring to mind images of large plants pulling humans out of harm's way at the very last second, the reason for the findings is much simpler (although arguably less exciting as well). Trees, as it turns out, remove pollution from the air, making the planet safer for those carbon-based life forms that can't breathe huge amounts of carbon dioxide without risking death.

We were all taught back in kindergarten that trees are good, but this latest wide-ranging NFS study reveals that they're actually borderline superheroes. In addition to the hundreds of lives they save annually, trees also prevent about 670,000 cases of acute respiratory distress every year. In the United States alone, thousands of deaths each year are directly attributable to air pollution, particularly the types examined by the study: nitrogen dioxide, ozone, sulfur dioxide, and "particulate matter less than 2.5 microns (PM2.5) in aerodynamic diameter." Compared to the number of real deaths each year, 850 seems like a drop in the bucket. But those forestalled demises, plus the prevention of respiratory problems, mean about $6.8 billion saved on healthcare annually. All because trees enjoy eating pollutants.

The numbers from the study are even more impressive if you take into account the fact that the pollution removed by trees — about 17.4 million tons of it in 2010, according to the researchers' computer models — only amounts to a 1 percent improvement in air quality. Not surprisingly, that improvement is way more important in cities than in rural areas. David Nowak, an author of the study, explained in a press release:

According to the NFS, that density in the United States ranges from 2.6 percent in North Dakota to 88.9 percent in New Hampshire. So even if it gives you allergies, thank a tree today for keeping you from coming down with something a whole lot worse — and maybe plant one of your own.