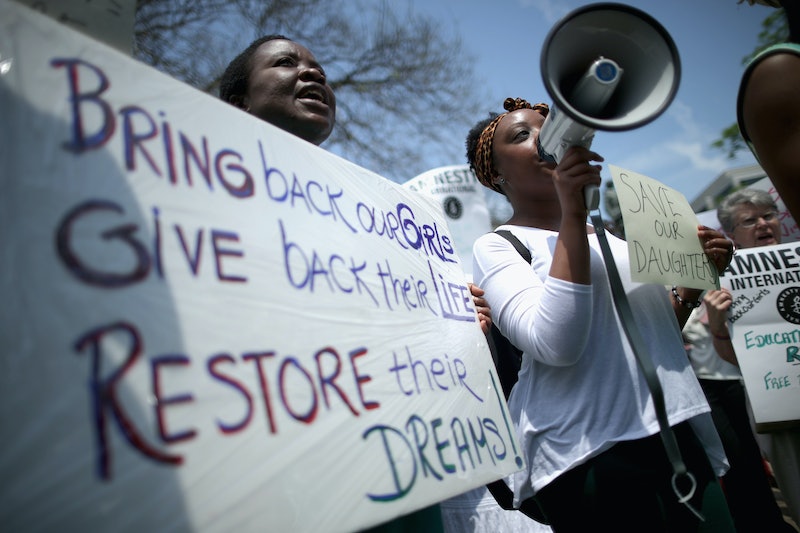 The militant Nigerian Islamist group Boko Haram kidnapped a Cameroonian official's wife on Sunday from the town of Kolofata. A local religious leader and town mayor, Seini Boukar Lamine, was kidnapped in a separate but parallel attack nearby. Although there was no immediate claim of responsibility, Boko Haram has increased its attacks outside Nigeria in recent weeks and has struck Cameroon three times since Friday. Soldiers in the area are clashing with the terrorist group and managed to jail 20 members on Friday on charges of possessing illegal firearms and plotting an insurrection.

Cameroonian Vice Prime Minister Amadou Ali and his wife were in Kolofata to spend time with his family during Ramadan when the kidnappers descended. The "savage attack," according to Cameroonian Communications Minister Issa Tchiroma, occurred early in the morning on Sunday while the family was breaking the Ramadan fast. Ali managed to escape with security to a nearby town before being kidnapped himself, but officials have no idea where his wife might be. Details were not released on Lamine's kidnapping. In addition to the kidnappings, the group reportedly killed at least three people during the raids.

Although the BBC reports that Nigerian citizens attempting to escape Boko Haram's reign of terror have taken to escaping into Cameroon, the increase in safety is apparently minimal. Cameroon's long border with Nigeria, which is nearly impossible to monitor constantly, provides an easy way for the terrorist group to spread terror outside of the country where they are based. Cameroon has sent about 1,000 soldiers to secure the border, but the situation may call for more. Earlier this week, the country formed a coalition with Nigeria, Chad, and Niger to create a joint combat force in the regions where Boko Haram is active. A military commander near Kolofata explained to Reuters, "The situation is very critical here now, and as I am talking to you the Boko Haram elements are still in Kolofata town in a clash with our soldiers."

In addition to the kidnappings, the group killed four Cameroonian soldiers over the weekend. In a separate incident on Sunday, at least five people were killed in an explosion at a Catholic church in Nigeria that is being attributed to Boko Haram. Last week the group took control of the town of Damboa, displacing 15,000 people. And many of the schoolgirls infamously captured by the group earlier this year have still not come home.