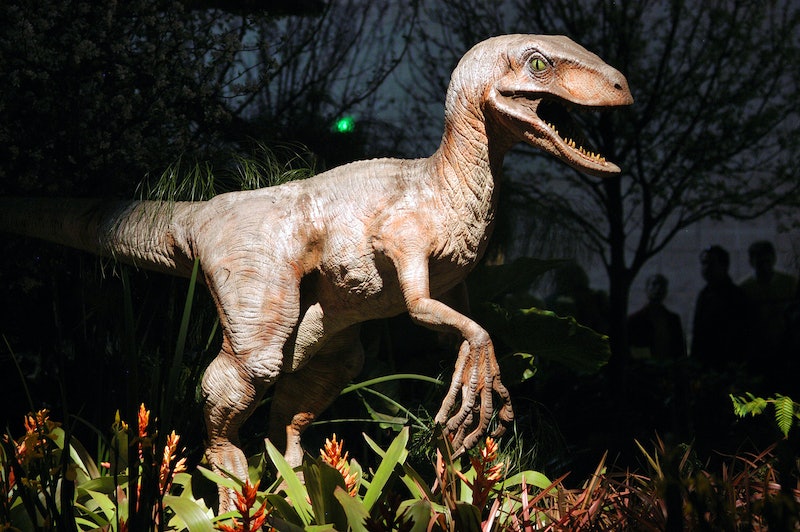 It doesn't take a genius to know that dinosaurs have been extinct since an asteroid hit Earth about 65 million years ago. But, believe it or not, there may or may not be a plot twist concerning this incident: Dr. Steve Brusatte, of Edinburg University wants to know — could dinosaurs have survived if the asteroid had hit Earth a little earlier or a little later? Brusatte and his team hypothesized in the Biological Reviews journal, raising an interesting point to all science nerds (myself included) — the asteroid that capped off the Cretaceous struck when the species were most vulnerable because, allegedly, sea levels were rising and volcanic activity was increasing. He refers to the incident as "colossal bad luck."

Not everyone knows the explanation behind this mass extinction — that dinosaurs were unable to survive this asteroid because of their lineage. These species are thought to have been cold-blooded, meaning that, as the asteroid hit the Earth, it blocked out the sun, and only warm-blooded species were able to survive this tragic event. So, how could timing really affect this?

Well, a team of 11 scientists decided to tackle this issue in depth. The team took the most up-to-date database of dinosaur discoveries and observed how they have evolved over the past 20 million years.

In doing so, they discovered that the diversity of big plant-eating dinosaurs had declined significantly, and that evidence helped them to form their hypothesis. Supposedly, this means that the ecosystem (at a different point in time) would have been able to withstand the effects of the asteroid.

The journal also points out that when the asteroid crashed, it would have caused a series of catastrophic events, so as the food chains started to collapse, the species of dinosaurs, one after another, would have died off, and the only ones that would have survived the conditions would have been those with the ability to fly.

And back to their hypothesis — had the asteroid hit a few million years earlier, perhaps there would have been a more diverse group of species and a stronger food chain and the dinosaurs would have survived. And, in addition, because of the poor ecosystem, there is evidence that some species of dinosaurs were already dying off prior to the asteroid.

I'm a bit skeptical, though. Does this mean that dinosaurs were dying off during the Mesozoic Era? Because that's known as the time when small mammals and large dinosaurs emerged, with the latter becoming the dominant species. Clearly, if they were the dominant species, the evidence of them dying off already must have been pretty miniscule.

However, whether or not this new information is viable, humans certainly benefited from the mass extinction. The newly opened niches gave rise to larger mammals, and it was at this point of the Cenozoic Era that the mammals took over as the most dominant species. Brusatte explained to BBC News that mammals would not have otherwise had the opportunity to blossom.

So, basically, if the asteroid occurred at another time, we'd be in a dinosaur-dominated world, and we wouldn't be here. Great!