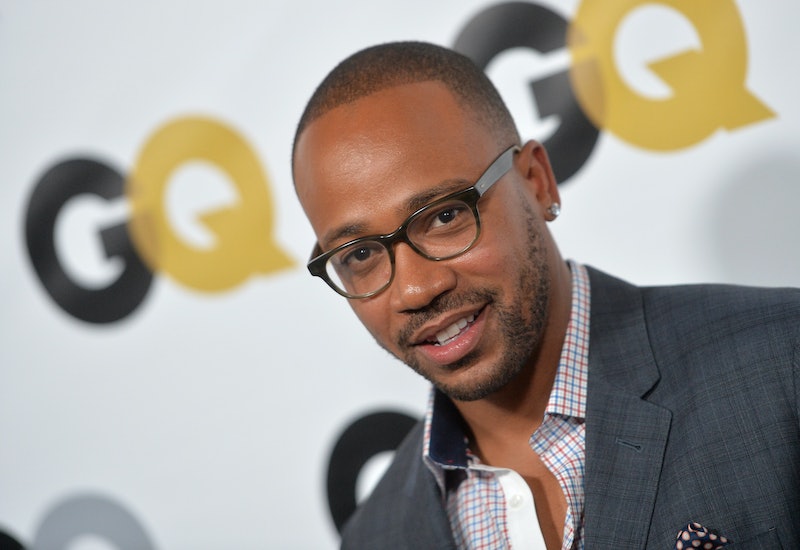 If you were hoping that Harrison Wright (played by Columbus Short) found a way out of the Season 3 finale of Scandal unscathed, then I have bad news for you. In case your memory is fuzzy on all of the details of that insane finale, here's what happened to our sharply dressed Gladiator. Wright discovered that Rowan Pope, Olivia's father and the one-time leader of B613, had set up his ex-wife to take the fall for the murder of President Fitz's son, Jerry. Wright, now knowing entirely too much about all of that, was last seen staring down the people who had a very good reason to kill him — whether they did or not was just one of many cliffhangers Scandal left us to pick back up in Season 4. Now, it seems that we finally have our answer: Trade in your white hat for a black one, because according to E!'s Spoiler Chat, Harrison Wright will be "long gone" when Scandal returns.

Though executive producer Betsy Beers insists that the writers were looking for the most "interesting" way to send a character off, Wright's fate was left deliberately ambiguous — perhaps for a reason. Actor Short, who portrayed Wright on the show, has had several troubling incidents over the past year. He was accused of allegedly making threats against his wife and was arrested for physically attacking her in front of their children in February, according to TMZ.

Short's history is peppered with scary alleged incidents, and it makes sense that the show would want to distance themselves from Short's violent history. The Scandal producers may have thought that Short deserved some time before a final decision about his future on the show was made, hence the ambiguous ending of Season 3.

Beers, showrunner Shonda Rhimes, and the other producers of Scandal were smart to cut Wright out of the show permanently. It sends a strong message to its audience — they won't take domestic violence lightly. Though Wright may have had a future on Scandal, Short shouldn't.