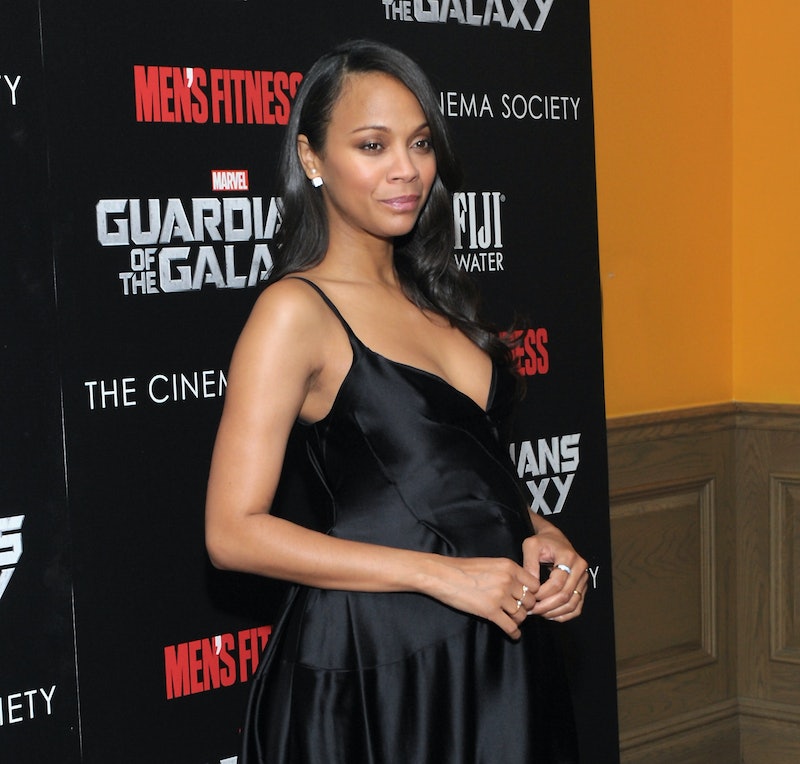 Being a celebrity must be difficult sometimes. Yes, they lead a glamorous life full of fabulous designer clothes; first-class trips around the world; access to all the coolest parties, festivals, and awards shows; and an endless stream of (highly) paid appearances (we’re talking about style stars earning six figures to show up to a fashion show here, folks). But in exchange for that, they give up nearly all of their privacy, thanks to fans who stalk their every move and paparazzi who are in their face at every turn. (And I'm sure it's not just Cara Delevingne who hates the photographers …)

In fact, the gorgeous and newly pregnant Zoe Saldana has had her own bone to pick with the press as of late, criticizing the media on Twitter after they revealed her pregnancy news against her will. But even though Saldana publicly shamed the media for invading her privacy, it seems the actress has already moved on to bigger and better things. And I think you know what I’m talking about: amazing maternity fashion.

Thanks to her duties of promoting Marvel’s upcoming film Guardians of the Galaxy, Saldana has been all over the red carpet since news of her soon-to-be bundle of joy emerged. And on Tuesday, the actress had not just one, but two chic and super sexy, figure-flaunting ensembles that showed off her baby bump and pregnancy curves in style.

Hitting the New York Stock Exchange with fellow Guardians of the Galaxy actor Chris Pratt, the star certainly wasn't afraid to let the press and practically anyone else sneak a peak at her adorable (and growing!) baby bump. Rocking a body-hugging Calvin Klein Collection number — complete with a flattering cream hue and cleavage-baring neckline — the actress proved she's hands down one of the sexiest moms-to-be on the red carpet right now. (And with competition from bombshells like Mila Kunis and Scarlett Johansson, that's saying a lot.)

After completing her Wall Street duties, Saldana slipped into something a little more formal for a Guardians of the Galaxy special screening in New York. And though her silk Lanvin number wasn't quite as curve-hugging as her Calvin Klein sheath dress — with its midi length and voluminous skirt — it certainly shows off that enviable cleavage the actress is working with (but in the most sophisticated way possible, of course).

While I absolutely respect Saldana's insistence on privacy and respect when it comes to her personal life, I have to be honest: If the paparazzi continues snapping her in these stunning, figure-flattering, maternity-style numbers, you won't hear me complaining.