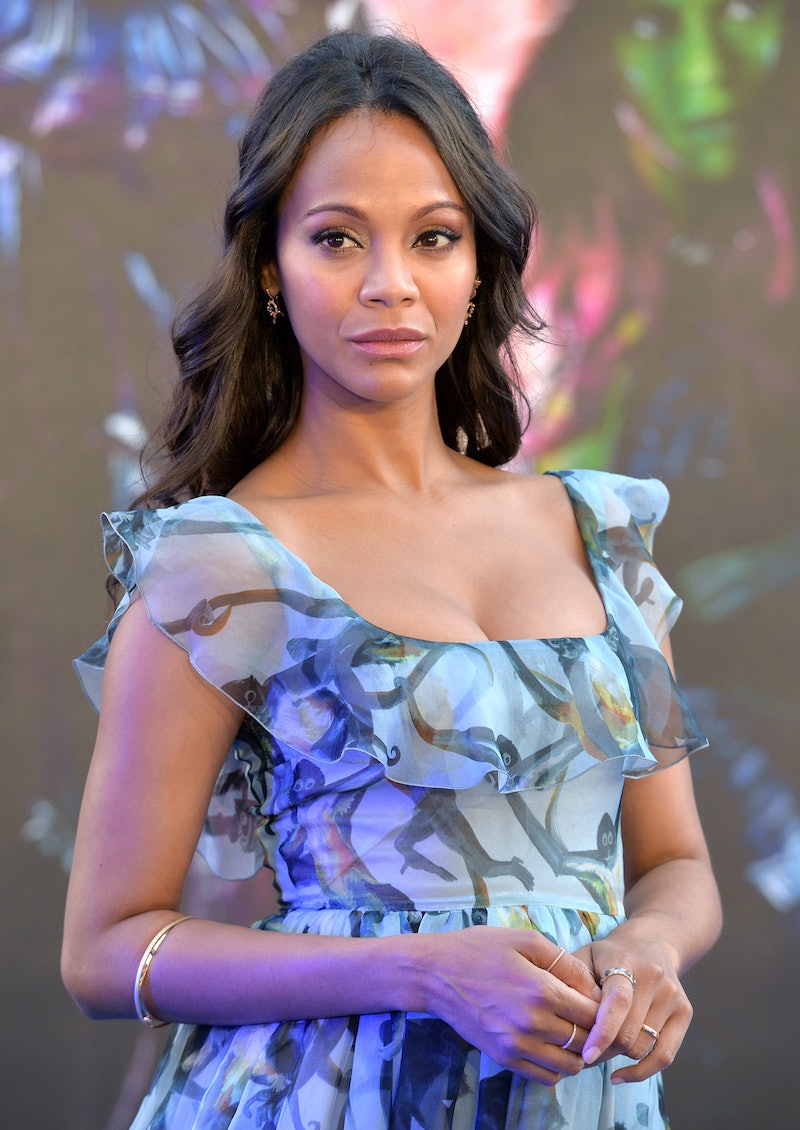 The revelation on Wednesday that Zoe Saldana is pregnant with her first child was a joyous occasion rife with Rosemary's Baby references for one and all. The fact that Saldana is actually reportedly having twins was an even bigger cause for celebration. However, the last thing that Zoe Saldana wanted for us to be celebrating on her behalf. Why? Well, because she didn't actually tell anyone any of this news herself. In fact, it was pretty much leaked against her will. That's why Saldana criticized the media for the pregnancy rumors on Twitter, not because they're untrue but because this is a massive violation of her privacy.

For those who might be laughing at the idea that a celebrity like Saldana can genuinely expect to have anything even vaguely resembling privacy in her life, it's best to remember that acting is a job just like anything else and that doesn't actually give us the right to every piece of information about a celebrity outside of their latest movie role. Balancing movie exposure with private life protection is a constant tight rope that celebrities walk, some better than others. The moment we assume that a star's very existence gives us the right to access them is the moment creepy stalkers happen, you guys.

Saldana's strongly worded tweet speaks to a certain frustration that is nothing if not understandable. Celebrities pay the price of getting to do what they love and making more money than any of us will ever see by being constantly harassed by paparazzi and never truly knowing who they can trust not to leak information about them to the media. Considering the fact that Zoe Saldana almost quit acting after Pirates of the Caribbean due to the level of behind-the-scenes backstabbing and arrogance, it's obvious that there are just some parts of celebrity culture that she refuses to accept as simply the way things are.

Saldana is far from the first celebrity this year alone to be very vocal in their criticism of media coverage. George Clooney attacked the Daily Mail for printing a false story about him and his future wife's family, Lorde called out a photographer on Twitter for stalking her, and celebrities came together to petition TMZ to remove the video of Tracy Morgan's car crash. Journalists — myself included — wouldn't be journalists if we paid more attention to respecting people's privacy than to getting the news out to the public, but now that the cat is out of the bag maybe Saldana will have a little more privacy at least until the baby is born. And, at the very least, we owe it to celebrities to be as considerate as we can.