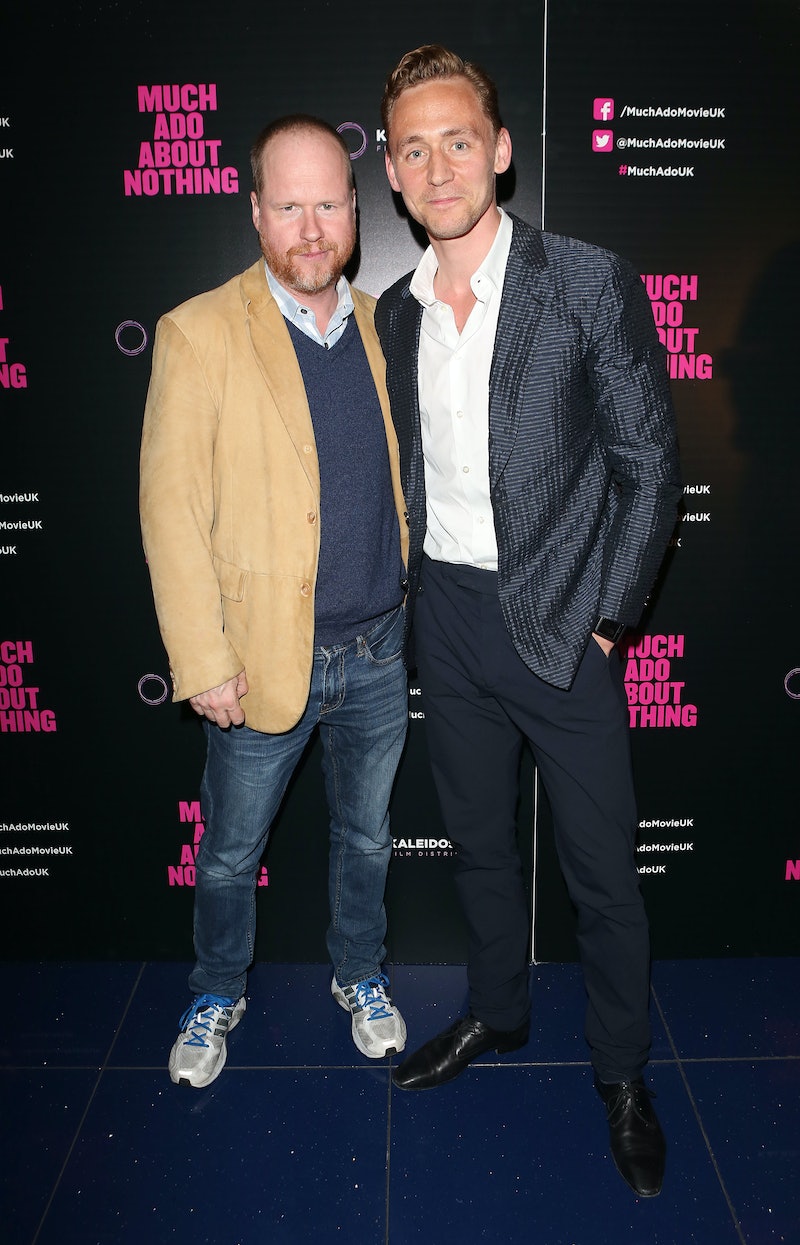 Oh hey, so it turns out Tom Hiddleston's not just a very talented thespian, he is also a wordsmith who can turn correspondence thanking a screenwriter into a bonafide love letter — and probably the most romantic thing you'll read all month. The exchange in question is an email Hiddleston sent Avengers writer-director Joss Whedon thanking him for his work writing the part of Loki. That Whedon, man, he's a lucky guy getting messages like this from Hiddleston in his inbox.

The world has been treated to this beautiful exchange thanks to the forthcoming book Joss Whedon: The Biography, written by Amy Pascale and out August 1. Hiddleston's feelings over how Whedon wrote Loki are, in a word, effusive. It's really rather beautiful to witness the sheer passion at play.

You can read the full text of Hiddleston's adoration over at Business Insider, but here are a few excerpts wherein Hiddleston seems somehow more winning than usual:

I didn't know where to start. Like a classic actor I jumped in looking for LOKI on every page, jumping back and forth, reading words in no particular order, utterances imprinting themselves like flash-cuts of newspaper headlines in my mind: "real menace"; "field of obeisance"; "discontented, nothing is enough"; "his smile is nothing but a glimpse of his skull"; "Puny god" ...

It obviously means the world to him:

Thank you for writing me my Hans Gruber. But a Hans Gruber with super-magic powers. [...] It's grand and epic and majestic and poetic and lyrical and wicked and rich and badass and might possibly be the most gloriously fun part I've ever stared down the barrel of playing. It is just so juicy.

Oh, who am I kidding? It's all my favorite part. Go read the full thing.

Loki, in all his emotionally (and physically) battered grandeur, quickly became the Marvel Cinematic Universe's most beloved villain to date — in no small part thanks to Whedon's Avengers script and the fervor with which Hiddleston approached playing him.

It's just kind of glorious to see the behind-the-scenes of that clear passion laid bare.