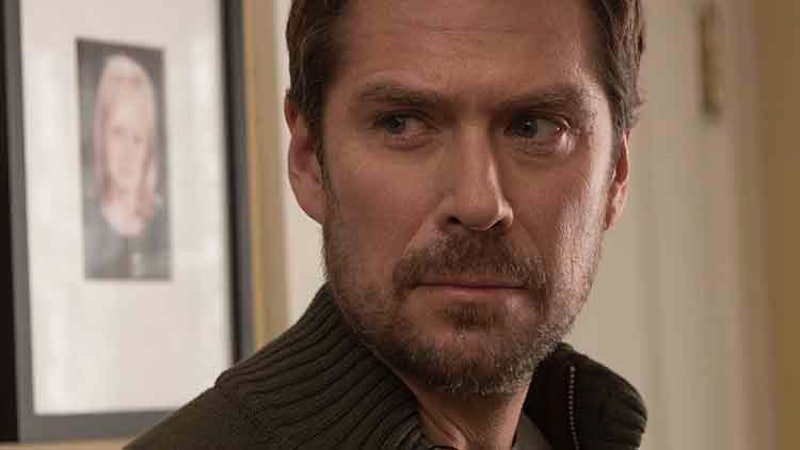 It's official: I am deeply invested in Finding Carter . If you're not, you should be. MTV's summer drama tells the story of Carter Stevens, a 16-year-old girl who is reunited with the family she was kidnapped from 13 years later. Unfortunately, Carter still misses her other family, specifically her "mother" Lori, whom her biological family prefers to call "Carter's kidnapper." But there's more to Lori's kidnapping story than meets the eye. Why did Lori steal Carter away from her biological parents? Right now, we have no idea — but according to Lori, there's a whole lot about it that Carter doesn't know. And it might have a lot to do with Carter's biological father, David.

As far as we know, David and Elizabeth were both devastated when they realized that someone had taken their daughter 13 years ago. Now that Carter is back, both David and Elizabeth are making attempts to bond with their once-gone daughter. It's working better for David, partly because Carter never had a father figure in her life, while everything that Elizabeth does is immediately compared to "perfect" mother Lori. But beneath David's good guy exterior are much darker secrets. We already know that David is secretly writing a book about Carter's return home — something Carter specifically forbid. While the shit will inevitably hit the fan when Carter finds out about that little side project, there's a chance that David might be hiding a secret so horrible that it could ruin their family forever.

According the actor who plays David, Alexis Denisof, we'll learn some "interesting and surprising things" about David as the season goes on. David has a dark side — and it may be darker than we initially expected. Could David be inadvertently responsible for Carter's abduction? There's a theory that would explain Carter's abduction, and it would be very, very bad for David.

We know that David isn't a perfect person or father — he has a lot of insecurities about money and is clearly disappointed by his lack of success as a writer. David is also a little bit selfish — he's willing to sacrifice Carter's happiness and trust so that he can be back on top of the bestseller list with his book Finding Carter. Part of David's insecurity comes from the fact that his wife Elizabeth is the one who fully supported the family while he struggled as a writer. And it's not just Elizabeth's career that supported the family all these years, but Elizabeth's family money, too. We know that Elizabeth's parents are relatively wealthy — Carter's grandmother had no qualms about giving Elizabeth money to buy a new car for the girls.

This information about David and Elizabeth's family opens the door to a disturbing possibility. Often kidnappers will offer a ransom in exchange for the person that they took. There have been many stories of people faking kidnappings in order to get their hands on some of the ransom money (I mean, just watch any film noir) and there's a possibility that this was at play here. 13 years ago, David, a struggling writer unable to pay the bills for his growing family, decided to hatch a plan to generate some cash. Knowing that Elizabeth's parents were very wealthy, but too prideful to accept money from them to cover his debts, he decided to come up with a plan. He asked Lori, also strapped for cash, to "kidnap" Carter and ask for a ransom in exchange for her safe return, which they would then split. Of course, the plan went awry, and Lori ran off with Carter — and David profited off her abduction.

Finding Carter often drives home the point that life isn't "black and white" — there's no such thing as someone who is pure good or pure evil. If the above theory is correct, David wouldn't necessarily be a terrible person — he was trying to help his family, albeit misguidedly. And Lori wouldn't necessarily be a bad person either — taking Carter was wrong, but given the circumstance, she may have believed it was better for Carter to be with her than with David.

This is just one theory in a series of theories about Carter's abduction, but the puzzle pieces do fit together. It's up to MTV when they'll show us the whole entire picture.

More like this
'Succession' Season 4 Could Be The Show’s Last
By Kadin Burnett and Gabrielle Bondi
At 14, Kate Berlant Had A Wheelie Backpack & One Line In 'Lizzie McGuire'
By Samantha Rollins
Everything To Know About The Bear Season 2
By Brad Witter
What’s New On Netflix: 'Stranger Things' & 'Mean Girls'
By Arya Roshanian
Get Even More From Bustle — Sign Up For The Newsletter