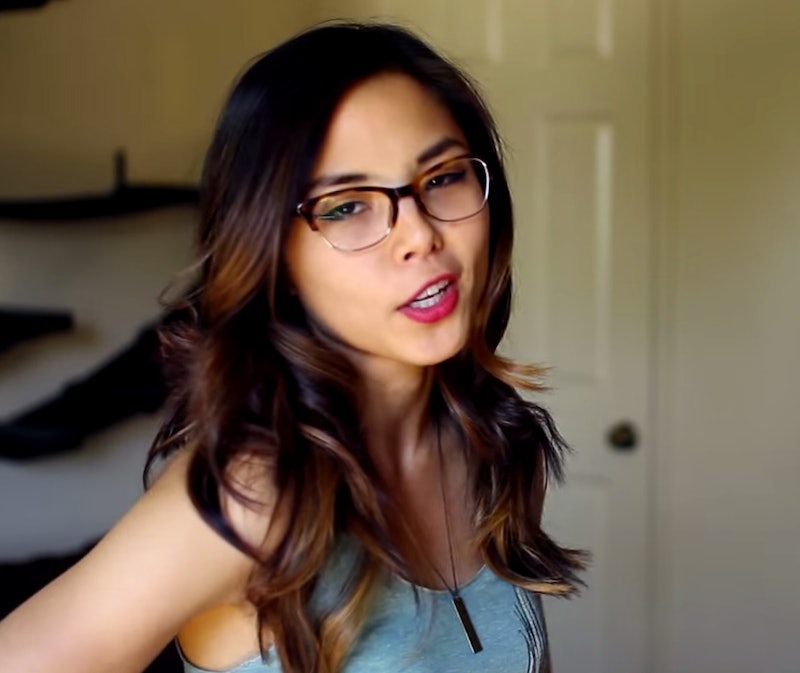 Everyone knows that sexual attraction is weird and unpredictable and not really within conscious control most of the time, but when it comes to white dudes who only want to date Asian women, let's be real: it's creepy. And to break down why, actress, filmmaker, and vlogger Anna Akana has a great new video that explains why so called "Yellow Fever" is not a good thing. And unfortunately, the world really needs this tutorial.

As Akana explains in the video, when a guy can decide whether or not he wants to date you based solely on your skin color, that's shallow at best. At worst, it's offensive, especially when it's a guy who's interested in Asian girls because of the stereotype that Asian women are submissive. Way to be racist and sexist at the same time, guys.

Now, like I said, sexual attraction is largely uncontrollable. But how you respond to your sexual preferences isn't. Men who find Asian women attractive are still capable of treating Asian women as individuals, rather than lumping them all into one category and labeling it "sexy." But unfortunately, a lot of guys who are really into Asian women are also really into the stereotypes about Asian women. And that's when "yellow fever" comes in.

When men have yellow fever, Akana explains, "they don't give a fuck about who you really are. The idea of you is enough." Which is never a good basis for a relationship — or any type of human interaction, really — and is especially bad when "the idea of you" happens to involve racist, sexist stereotypes. Really, if we could stop exoticising Asian women, that would be great.

As frustrating as it surely is to be on the receiving end of this sort of treatment, however, Akana manages to keep a sense of humor while breaking the whole thing down. So check it out.