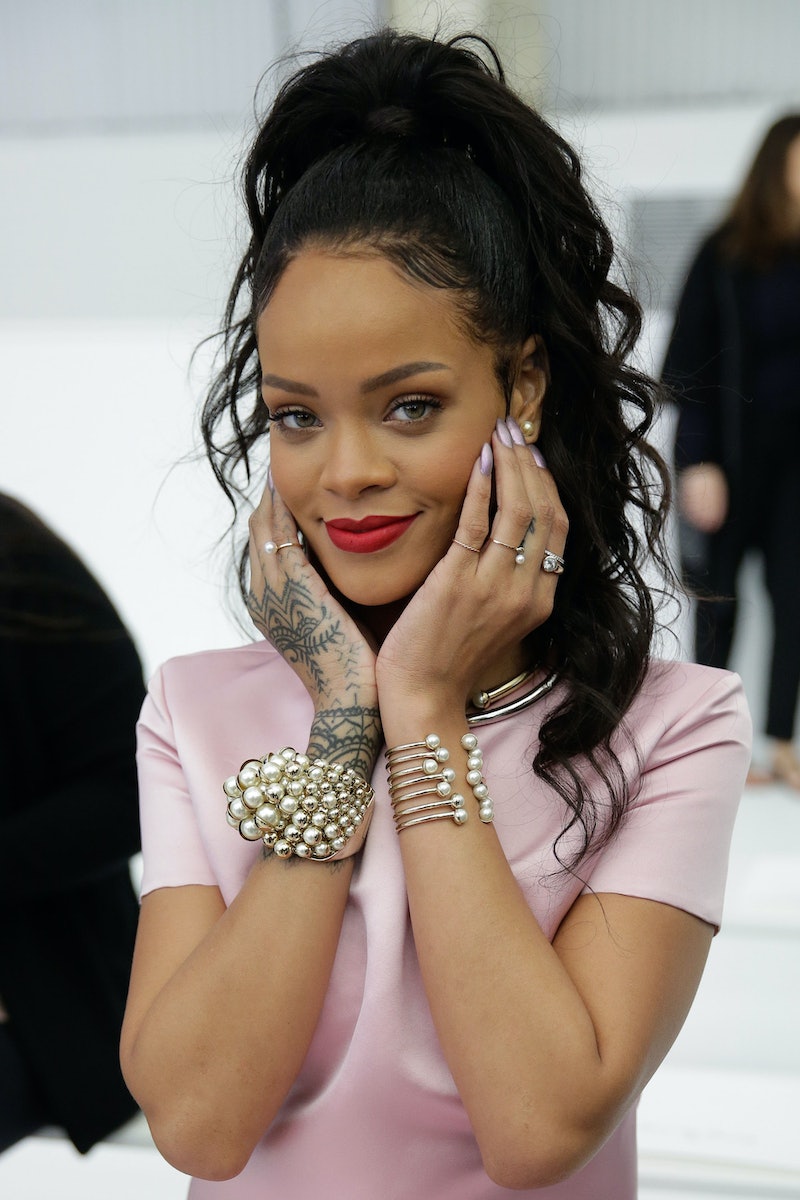 After going to the CFDA's practically naked courtesy of a see-through dress and wearing a satin nightgown on the streets of New York, Rihanna's outfit choices never cease to amaze me. On July 30, Rihanna made another typically bedroom only look, the next hottest thing in street wear. Stepping out in New York in a bra top, men's boxers, and stilettos, RiRi looked totally chic. Apparently as long as you add a denim jacket to your undergarments it's totally acceptable to rock them outside of the house.

When Rihanna wore the pink satin nightgown she added on a light washed denim jacket and low top Converse, but for the boy's boxer look she went with a darker washed jean jacket, ankle strap heeled sandals, and a dark lip. I'll admit to having worn men's boxers out of the house, but it certainly wasn't an attempt at being fashionable and I looked anything but chic. In fact it was more of a I just woke up, I need Starbucks, and I'm heading there in my oversized baggy shirt and boxers combo because to hell with what anyone else thinks.

But of course Rihanna's look was totally stylish and if you're as daring as her you can steal the style with one of these boxer looks below. You're basically guaranteed to snap a few necks in the process.

This white pair with a black band is almost identical to Rihanna's! Stars, they're just like us.