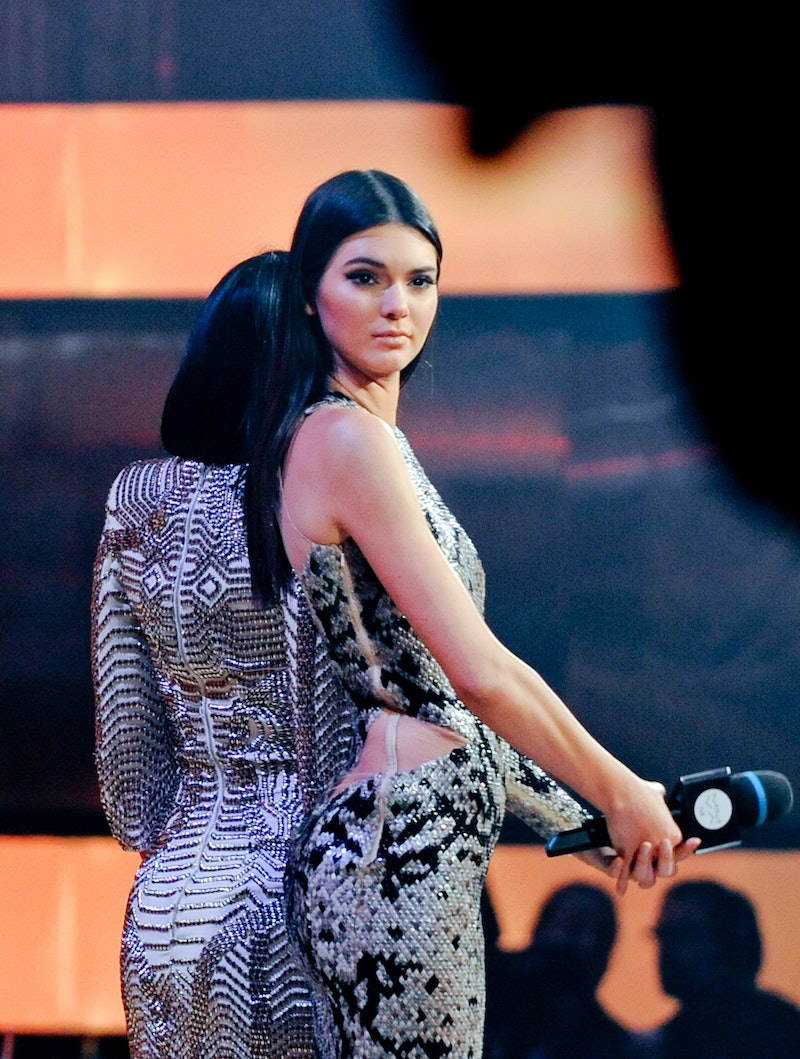 When you come from a famous family, demonstrating that you have talent in your own right is no easy feat. Yet Kendall Jenner is quickly proving herself to be the most accomplished of the Kardashian Klan. Her modeling career has taken off in recent months, with high-profile stints at Fashion Week and major ad campaigns mounting faster than you can say "Kimye." Her latest gig is possibly the biggest yet — Kendall Jenner has landed her first September covers!

Yup, that's more than one. Jenner shot two covers for Teen Vogue 's Fall Fashion issue. In the first one, she's the girl next door in a black and white dress, soft makeup, and wavy half-up/half-down hairdo. She even holds a daisy in her camera-facing hand. The second cover showcases Kendall the menswear-sporting gamine in a tailored jacket and comically oversized blue top-hat. Like a true star, she looks like she was born to play both parts.

The first September issue is a huge milestone in any modeling career. September is the most important month for fashion publications and when a model winds up on the Big Issue, she knows she made it. Teen Vogue is a perfect place for Jenner to make her September cover debut. She appeals to the magazine's young demographic yet has enough high-fashion clout to be a worthy gamble as the face of such a crucial edition.

Jenner opened up in her Teen Vogue interview about her struggle to make a name for herself outside of reality television. "People didn't want to take a chance on me, I think because I was sort of known. They were a little bit on the fence about it. Some people might think that what I've done before made it easier for me to get jobs, but it was actually a disadvantage. I had to work even harder."

Seems like all that hard work is paying off!