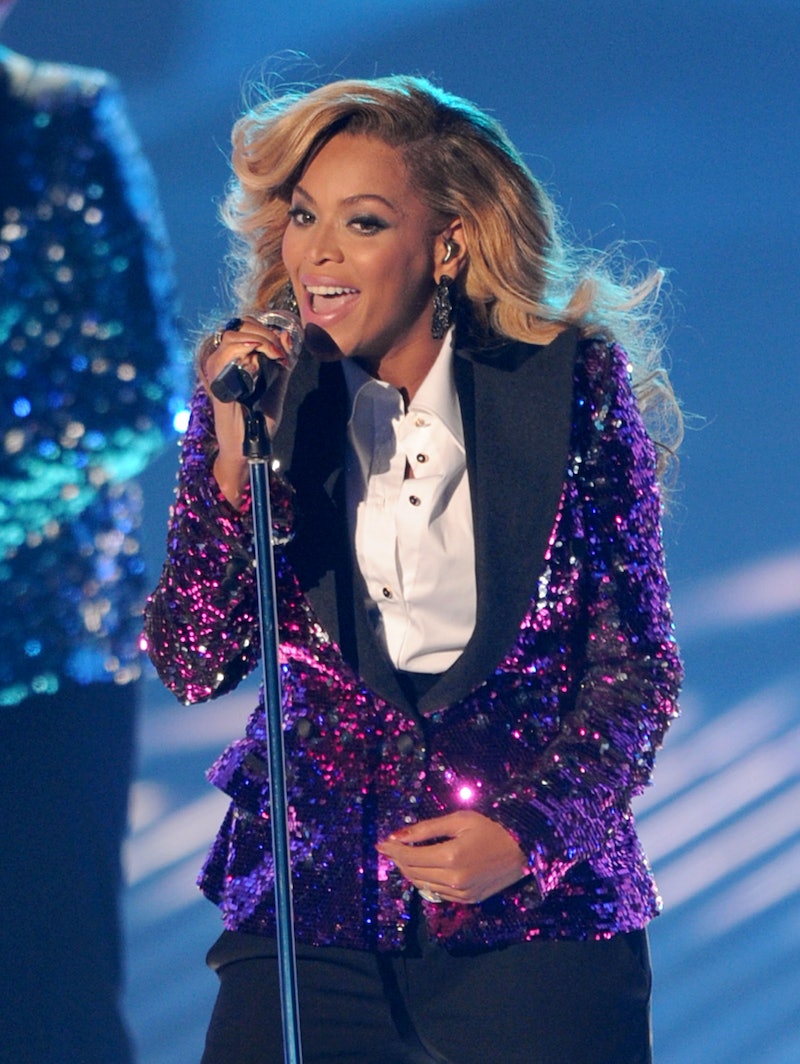 Unless you've been living under a rock lately, you know that rumors are swirling that Beyoncé and Jay Z are headed for divorce. It's been speculated that Jay Z has been pulling a Tiger Woods and cheating on Bey with a number of women. The famous pair has kept mum on the issue as they continue their joint tour (though they are allegedly staying in separate hotel rooms). But when their tour wraps, it's rumored they'll finally address the state of their marriage, and knowing Beyoncé she'll do it in a big way. In fact, I think that she'll announce her new single lady status during her Aug. 24 MTV Video Music Awards performance.

MTV has confirmed that the singer will appear in-person to accept the Michael Jackson Video Vanguard Award and will also stick around to sing one of her hot numbers. It will be the fourth time she's performed at the VMAs and judging by her past performances, Queen Bey is more than okay with using the stage as a platform to divulge big life changes.

After all, in 2011 she used her "Love On Top" performance to reveal her budding baby bump to the world, so it's not impossible she would unveil her relationship status in a similar circumstance.

Watching that, it's clear that Beyoncé likes to make a statement with her performances. So what better way to announce she's single again than during the VMA ceremony? Talk about getting her revenge — in addition to the Michael Jackson honor, Bey is also nominated for eight other awards.

Beyoncé's not one to stay silent while the world talks about her marriage, so I bet she's just biding her time until she can announce where she's at on her own terms. The VMAs are a perfect stage for that, and the singer is sure to give us another performance we'll never forget.