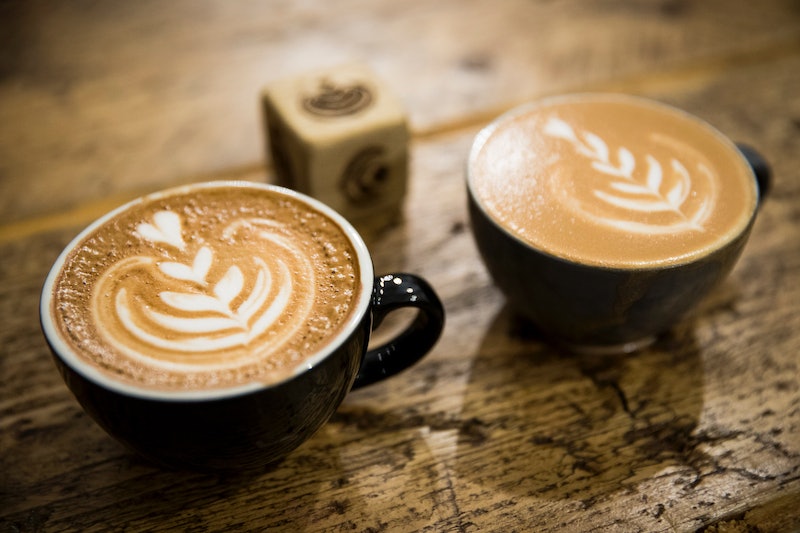 Sure, grabbing a cup of coffee and chatting for 45 minutes might not be the most original first date idea in the book — but at least it’s low key and easy to bail on if things don’t go quite as well as you might have hoped. Furthermore, according to this infographic, you can also apparently figure out an awful lot about your date just by the drink he or she orders. Who knew?

I’ll go right out and say it: ILoveCoffee.jp by Ryoko Iwata is easily one of my favorite blogs on the entire Internet. It combines two of my favorite things — coffee and comedy — and who doesn’t love an infographic? No one. That’s who. Iwata’s latest creation, “What Your Date’s Coffee Order Reveals,” draws its data from research conducted by Alan Hirsch, MD, director of the Smell & Taste Treatment and Research Foundation and author of What’s Your Food Sign?. According to Match.com’s Happen online magazine, Hirsch recently surveyed 18,631 men and women about both their coffee preferences and their personalities — and surprise, surprise, he found a correlation between what types of drinks people liked and what personality traits they tended to have.

According to Hirsch’s survey, black coffee drinkers tend to be “responsible, ambitious and aggressive”; they’ll also make you “work at coaxing out their romantic side in a relationship.” Apparently they match well with chai tea latte drinkers, though, who tend to be stressed, anxious, and shy. Meanwhile, café au lait drinkers are super laid back, as well as “tradition-seekers”; they match well with mocha drinkers, who can be moody and unreliable, but who are also undeniable romantics.

I like Iwata’s take on the whole thing, though: She asks right off the bat, “Do you agree, or is this total bullshit?” I’m no scientist, but I do know that rule number one in scientific research states that correlation is not causation. There may be parallels to be drawn between how people take their coffee and what kind of person they are — but we can’t really go so far as to say that one actually causes the other. So, y’know… take it with the proverbial grain of salt.

On that note, I can’t help but wonder why it is that we’re so obsessed with what our preferences say about our personalities. Have we become the ultimate navel-gazing society, scrutinizing our every choice and stressing about what other people think about them? Maybe. As such, I think it’s worth reminding ourselves every now and again that sometimes, a coffee is just a coffee.

More like this
The 19 Best Tweets & Memes About Bisexual Awareness Week
By Lexi Inks
10 Pumpkin Recipes That Are Way More Creative Than Pie & Lattes
By Rebecca Deczynski and Alexis Morillo
Deliveroo Is Selling Lotus Biscoff Cinnabons Now
By Darshita Goyal
On TikTok, Tinned Fish Date Night Is The Latest Viral Food Obsession
By Emma Carey
Get Even More From Bustle — Sign Up For The Newsletter