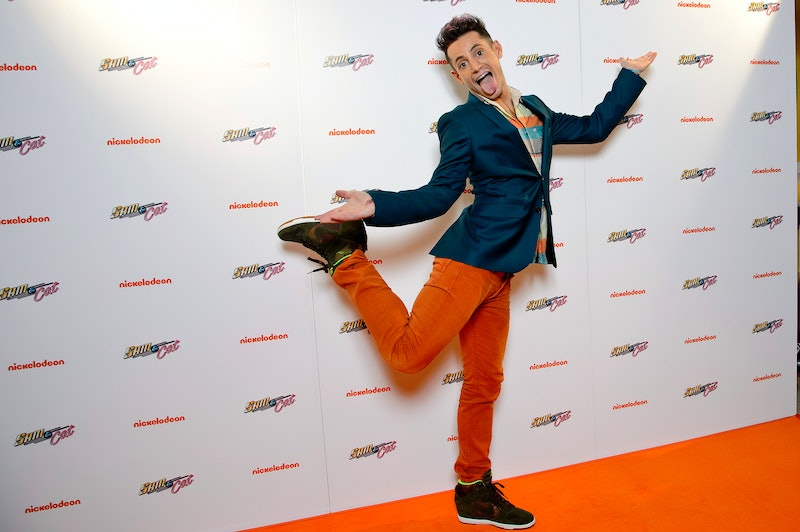 Frankie Grande wears a lot of hats — he has worked as an actor, a Broadway producer, a YouTube star, a marine biologist, and, most recently, Frankie Grande is a contestant on Big Brother 16 . Frankie may be most famous for his time on the reality show (and for being the secret brother of singer Ariana Grande) but this guy has certainly led a full life... which has made many fans wonder exactly how this guy makes his money.

Not like Frankie is rolling in it (by celebrity standards, of course) but he is doing pretty well for spending his time hanging out in the Big Brother house. According to Celebrity Net Worth, Frankie has a net worth of $500K. So how did Frankie make his moolah? Here's how he racked in the dough.

Despite popular opinion, Frankie probably doesn't make that much money from his YouTube videos. Frankie currently has a total of 11,669,029 views on his YouTube channel, FrankieJGrande. According to an article from Business Insider, most video creators will get $2K for each million views. That means that Frankie could have made approximately $22K from his YouTube videos, which he started posting approximately one year ago. That's a decent starting salary, until you consider that YouTube takes a whopping 45% of the cut, leaving Frankie with just over $10K dollars in revenue. There are other ways to make money via YouTube videos outside of YouTube's ad partner program — for example, product placements for independent advertisers — but more likely than not, Frankie's money doesn't come solely from his YouTube account.

According to Playbill, a Broadway actor's salary is a minimum of $1,605 per week. Frankie acted in the Broadway production of Mamma Mia! for three years which, had he been paid every week for three years, would have earned him a total of $250K. The number does not include breaks or time off.

Frankie's Broadway production Born Yesterday grossed just under $3 million dollars. It ran for three months, from April 2011 to June 2011. Though there's no real way to see how much money Frankie made from Born Yesterday, the show's short run may indicate that the answer is "not that much."

According to Today, the 2007 Big Brother 8 contestants made $750 per week that they are on the show. Here's the breakdown from Big Brother 8.

A jury member for “Big Brother 8” would be in the house for 81 days as of Tuesday, the live finale. That’s 11.5 weeks, not including the time they spent sequestered before the series began. So, jury members would receive somewhere around $9,000 for their work, plus any prizes. America’s Player, Eric, earned $40,000 performing his tasks, for example, while Dustin took $5,000 during a competition. And, of course, there are the prizes: $500,000 for the winner, Dick, and $50,000 for the runner-up, Daniele.

Considering that Big Brother 8 aired in 2007, we can assume that the contestants make slightly more money per week than they did seven years ago. So far the amount of money that Frankie actually makes on the show — as well as the other contestants — has not been disclosed.

While we may never know exactly where Frankie gets all of his money, it's most likely from a variety of places. This guy may not make Jenna Marbles money on YouTube, but his time on Big Brother 16 may increase his celebrity. And celebrity makes money, no matter how you slice it.