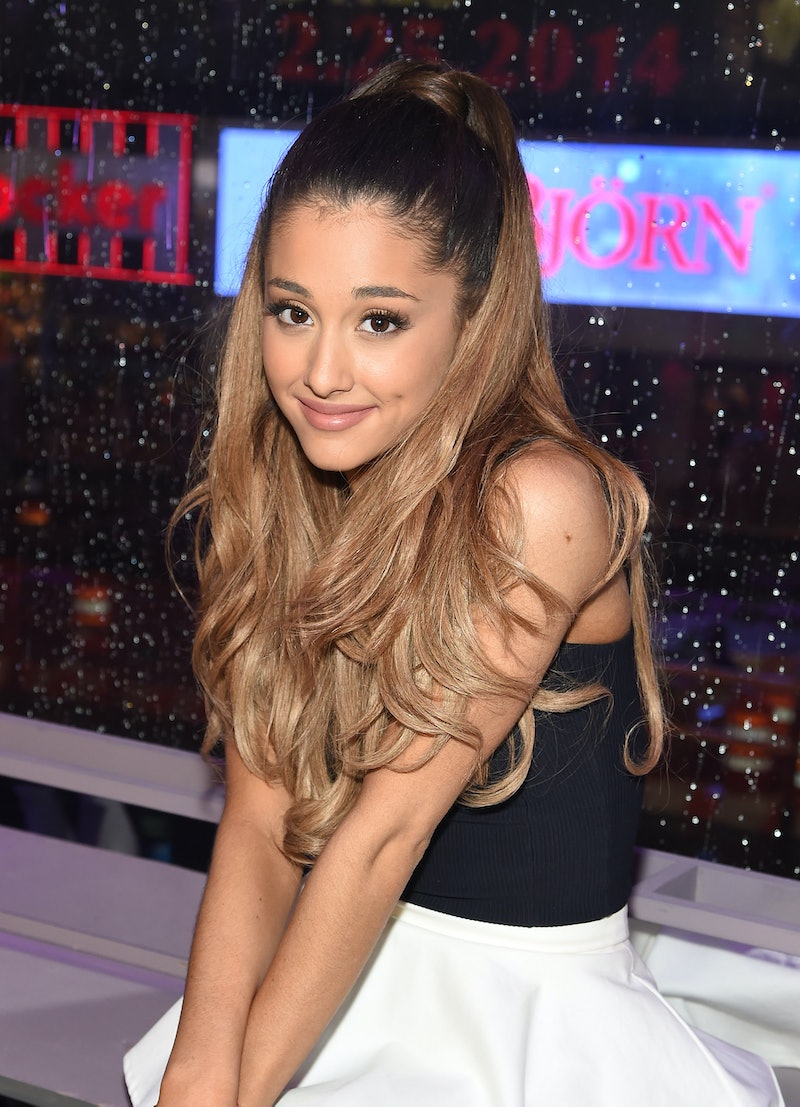 Ariana Grande had a rough time in the month of July. First and most devastatingly of all, Grande's grandfather passed away after a long battle with cancer. Second of all, her beloved brother Frankie Grande has been away at Big Brother, leaving Ariana Grande to run both of their Twitter accounts. Third of all, Grande broke up with Jai Brooks for the second time because he wasn't there to support her through her grandfather's passing. However, Grande remained optimistic about having a better time in August and now we finally know why. Apparently, Grande has a new puppy that she has named Fawkes Kitty and she is literally the cutest dog ever.

Fawkes Kitty is Grande's fourth dog after Coco, Toulouse and Ophelia. As with any proud new mother, Grande has been posting pictures of Fawkes Kitty all over Instagram and Twitter. "Want to introduce y'all to somebody... this is Fawkes!" said Grande in an Instagram message on Thursday. "I adopted her while I was in Florida last month. She is an angel! And a bad ass bitch haha. She's got the fiercest, sweetest and most daring nature! Constantly play fighting and wrestling with Toulouse even [though] she's half his size. She is so brave. I love her."

Considering the fact that Fawkes Kitty joined the family the same month that Frankie was gone in the Big Brother house, it's not too much of a stretch to connect the dots between losing her brother and best friend and gaining a new puppy to play with while Frankie is gone. Grande proves frequently exactly how much she loves her brother, whether it's by mentioning how much she misses him on Twitter to live tweeting his Big Brother episodes to appearing as a guest in the Live Eviction audience during Thursday night's episode.

Fawkes Kitty is cute, but is she cuter than Frankie? I don't think so. That much is probably obvious considering there's really no comparison between your brother and a new puppy, but how well is Fawkes Kitty filling the void that Frankie has left behind? Surprisingly, she's doing a pretty admirable job so far.

Fawkes Kitty fascinates Grande with her antics just as much as Frankie does, but in a very different way. After all, sadly, Fawkes Kitty can't get up on her hind legs and start improvising a dance routine while singing. However, anyone who tells you that they couldn't watch a puppy retrieve a ball over and over for hours with great joy is either lying to you or as afraid of dogs as I am.

Fawkes Kitty has also got a long way to go before she can make a diva face anywhere near as good as Frankie's, but she's making some admirable efforts so far. Frankie needs to come home and teach her the many shades of the Grande family facial expressions, but, hopefully, Frankie won't be back to play with (or meet) Fawkes Kitty until he's won that $500,000 prize. In the meantime, Ariana Grande has a new playmate to take her mind off missing her brother and hopefully it helps a little bit.

More like this
The 'Big Brother 24' Racism & Bullying Controversy, Explained
By Jake Viswanath
All The Celebrity Relatives Revealed On 'Claim To Fame' So Far
By Brad Witter
Ashton Kutcher Opens Up About His Battle With Rare Autoimmune Disorder
By Radhika Menon
Is Nathan Fielder Dating Anyone? What 'The Rehearsal' Star Has Said About His Relationships
By Grace Wehniainen
Get Even More From Bustle — Sign Up For The Newsletter