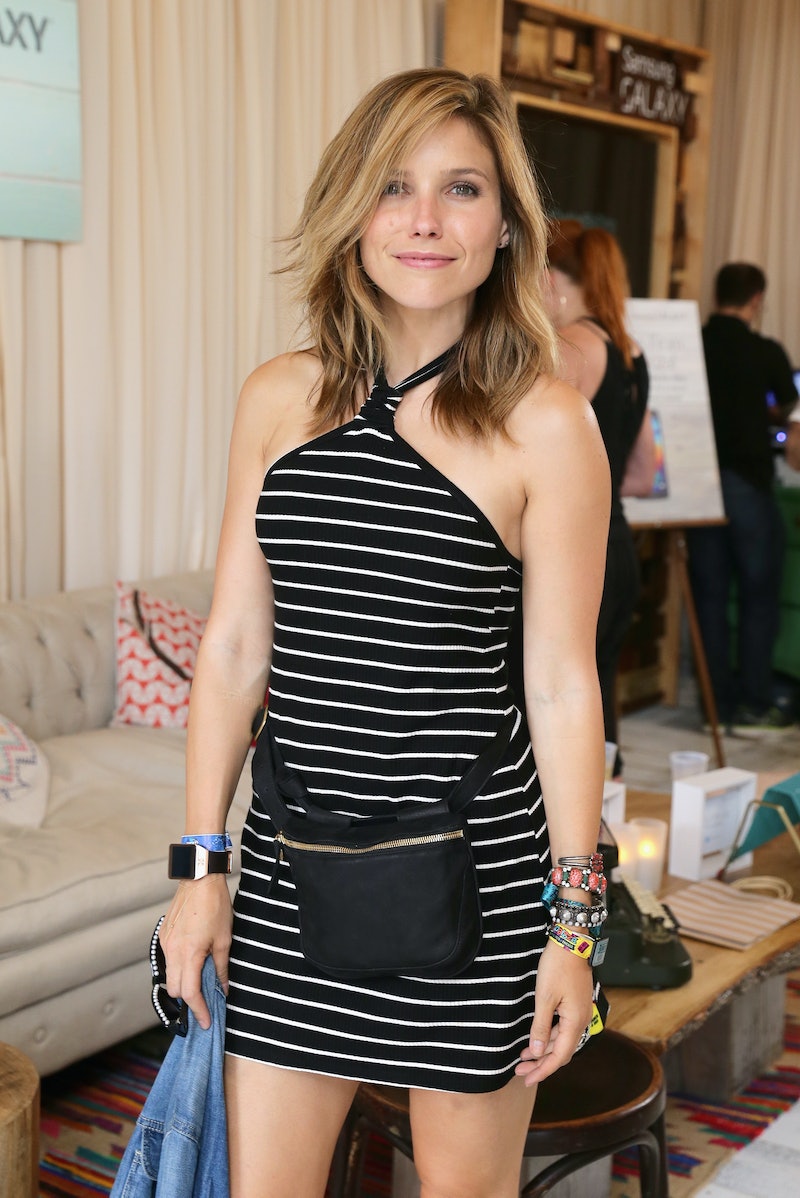 Following Olivia Wilde's badass, feminist breastfeeding photo in Glamour, another Hollywood star has stepped up to help everyone understand what feminism really is. On Thursday night, Sophia Bush went on a semi-rant about feminism on Twitter and it turned out to be an amazing cheat sheet to the basics of feminism. The Chicago P.D. star tweeted out the link to We Are The XX's feminist manifesto and took on the misconceptions about what it means when a woman says she's a feminist. Because apparently, there are still people out there who believe that being a feminist means that you "hate men."

Bush's series of tweets were prompted by the insulting hashtag #FeministsAreUgly, which was trending on Twitter. After retweeting a tweet calling out the hashtag, the actress posted a series of thoughts on what we should be focused on when we talk about feminism. She concluded with tweeting that link to We Are The XX's, which, in case you didn't know, is an organization that's goal is to reveal to the world that the term "powerful woman" is redundant. They aim to bring to the forefront the huge contributions women are making in our world, and their manifesto that so simple that even anti-feminists might get it.

The XX calls for the inclusion of everyone (yes, especially men) in the fight for equality because feminist issues are everyone's issues. They acknowledge that "inherently female attributes are essential to moving progress, power and the entire leadership conversation forward," and that feminism is a central discussion from pop culture to politics, not a sidebar. In four bullet points, the organization flips the stigma associated with feminism on its head and, like Bush says in her first tweet, turns the connotation of the idea from "waging war" to a "celebration" of humanity. Here are Bush's tweets:

And naturally, she was met with a series of tweets from Internet "trolls." Because, obviously.

Equality and inclusion. Those are the basics of feminism in the simplest terms and that's what We Are The XX call for in their "modern feminism" manifesto. So, maybe now that Bush and We Are The XX have made it clear that feminists want equality and we're not man-haters and sex-haters, we can all move forward.

After we all give Sophia Bush the hug that she deserves for being incredible, of course.