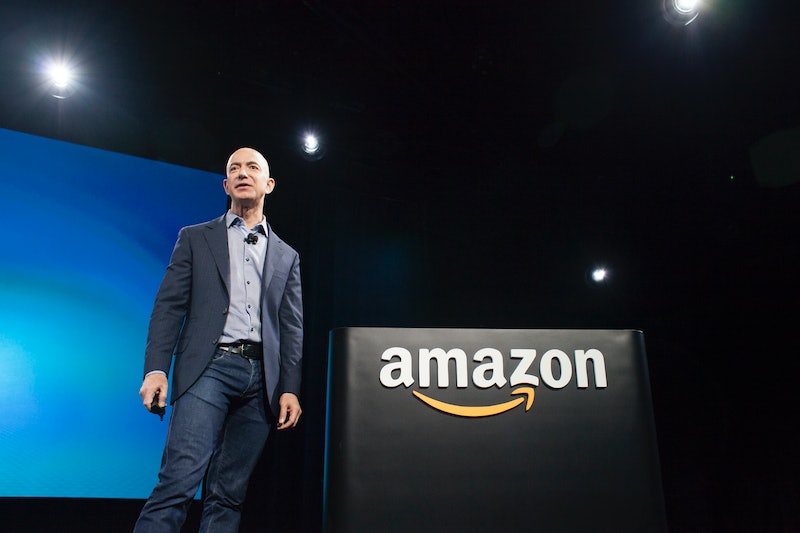 As the psychological thriller that is the Amazon-Hachette debacle stretches into its third month, the fiery feud is swelling in size and recognition. Now, some authors, who’ve been feeling much like hostages stuck in the crossfire of this economic war, are taking the floor to amplify their discontent — and throw some punches of their own.

Their latest missile: a petition with more than 900 writers’ signatures, which will run as a full-page ad in the New York Times this Sunday. The origin of the ad is a letter composed by best-selling writer Douglas Preston — whose works are published by Hachette — directed to his readers, imploring them to contact Amazon CEO Jeff Bezos and debase the Internet giant’s punitive tactics and ongoing abuse of writers as leverage. The letter quickly traversed the writers’ community and garnered the impressive slew of backers who signed onto the full-page ad. Among the signers are household names like Junot Díaz, Michael Chabon, Michael Lewis, George Saunders, Donna Tartt, John Grisham, Nora Roberts, Stephen King, Lemony Snicket — you're picking up what I'm putting down, right? It's a big deal. From the letter:

As writers — most of us not published by Hachette — we feel strongly that no bookseller should block the sale of books or otherwise prevent or discourage customers from ordering or receiving the books they want. It is not right for Amazon to single out a group of authors, who are not involved in the dispute, for selective retaliation.

Taking on the mammoth book retailer is a risky move for the writer, but despite Amazon’s attempts to woo, quiet, and eventually flout him as “entitled” and “an opportunist,” Preston remains undeterred.

“Jeff Bezos used books as the cutting edge to help sell everything from computer cables to lawn mowers, and what a good idea that was,” he told the Times. “Now Amazon has turned its back on us. Don’t they value us more than that? Don’t they feel any loyalty? That’s why authors are mad.”

At the same time, James Patterson, one of the world’s top-selling authors and among the first to publicly voice his distaste with Amazon’s shady negotiating tactics, also continues to sharpen his sword. In a snarky opinion piece published on CNN on Thursday, he confesses to “spending way too much time daydreaming about being Jeff Bezos.”

“It's not that he's thinner than me. Or younger. It's not the superhuman confidence of his laugh. It's not the legacy of stunning innovations or his off-the-charts business intuition. It's not even his mind-boggling revenue stream…,” Patterson says. “It's that I keep thinking about what a hero I could be, were I he.” He then goes on to argue that if the “pretty legendarily smart” Bezos is a wise as he’s touted, he should start dealing fairly with publishers ASAP.

More like this
16 Novels That Paint A Realistic Portrait Of Abortion
By K.W. Colyard
5 Gripping Books To Read From Women’s Prize For Fiction Winner Ruth Ozeki
By El Hunt
10 Must-Read Books Out This Week
By K.W. Colyard
25 Spell Books For Every Type Of Witch
By K.W. Colyard
Get Even More From Bustle — Sign Up For The Newsletter