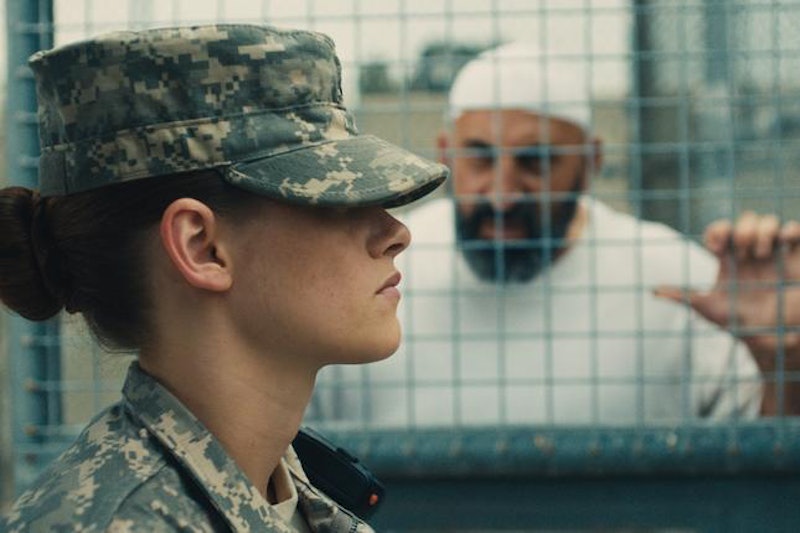 There are a lot of frowns in the new trailer for Camp X-Ray, which makes sense for a movie about Guantanamo Bay. The film stars Kristen Stewart as a guard at the camp who becomes close to a detainee played by Peyman Moaadi, and it will be out in theaters on Oct. 17.

Stewart has long been criticized for being overly serious and one-note, both on and offscreen. Because of her association with Twilight, it makes sense that she might struggle to be taken seriously. However, criticisms of her frown are pretty sexist, and why can't the star of a teen franchise be serious?

Luckily, Stewart's seriousness is well used in this camo-clad role. Her expressions in the trailer strike a good balance between dutiful and concerned. This seems like the kind of mature role that Stewart should be pursuing; no more sparkly vampires. Her performance in the film has already drawn praise at Sundance, with The Guardian speculating that this marks the return to Adventureland-era Stewart, while Twitch called her performance "the right mix of toughness and fragility."

Though the film did not received great reviews outside of Stewart's performance, this seems like a good career move for her. Hopefully she is out of her teen franchise phase and will take on more roles that showcase her brand of stoic vulnerability.