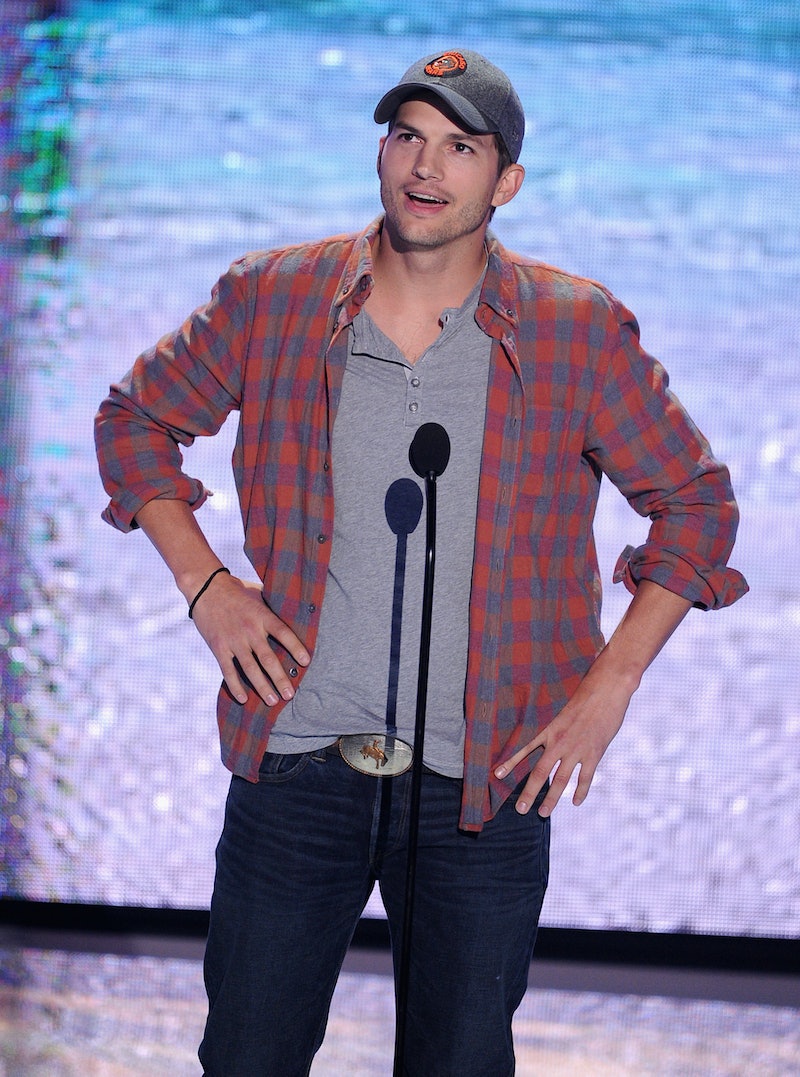 It’s only taken 35 years, countless movies, a cougar-marriage, a cougar-divorce, Mila Kunis, becoming Steve Jobs, and his speech at the Teen Choice Awards for us to take Ashton Kutcher seriously as an adult. But last night, as he spoke to a room full of screaming 15-year-old girls and celebrities, he sounded like a man, which was weird, and felt wrong.

Ashton Kutcher is the man-child who hasn’t been allowed to grow up. He’s played shambly man-children for most of his career, and despite his savvy tech investments and, you know, being a success in Hollywood, he hasn’t managed to grow up in the eyes of his viewers, something that makes him a perennial sex symbol but has also curbed his ability to grow as an actor.

However, watching him speak last night to a younger generation, Ashton showed both poise and wisdom, giving the crowd genuinely good advice about how to proceed while becoming adults. He appeared modest, intelligent, experienced and good natured, which is exactly how we would’ve pictured grown-up Ashton, if we could’ve. His statement that he never had a job he was better than also rings terribly true for the millennials, who will struggle to find jobs in a questionable international marketplace.

Additionally, the positivity of a male sex symbol saying "smart is sexy" cannot be understated. Put simply, Ashton Kutcher kind of changed my life, while wearing a baseball cap on national television when he was accepting a surfboard. If he can pull off wisdom and maturity in that situation, then it seems we can say it officially: Ashton's a man now.