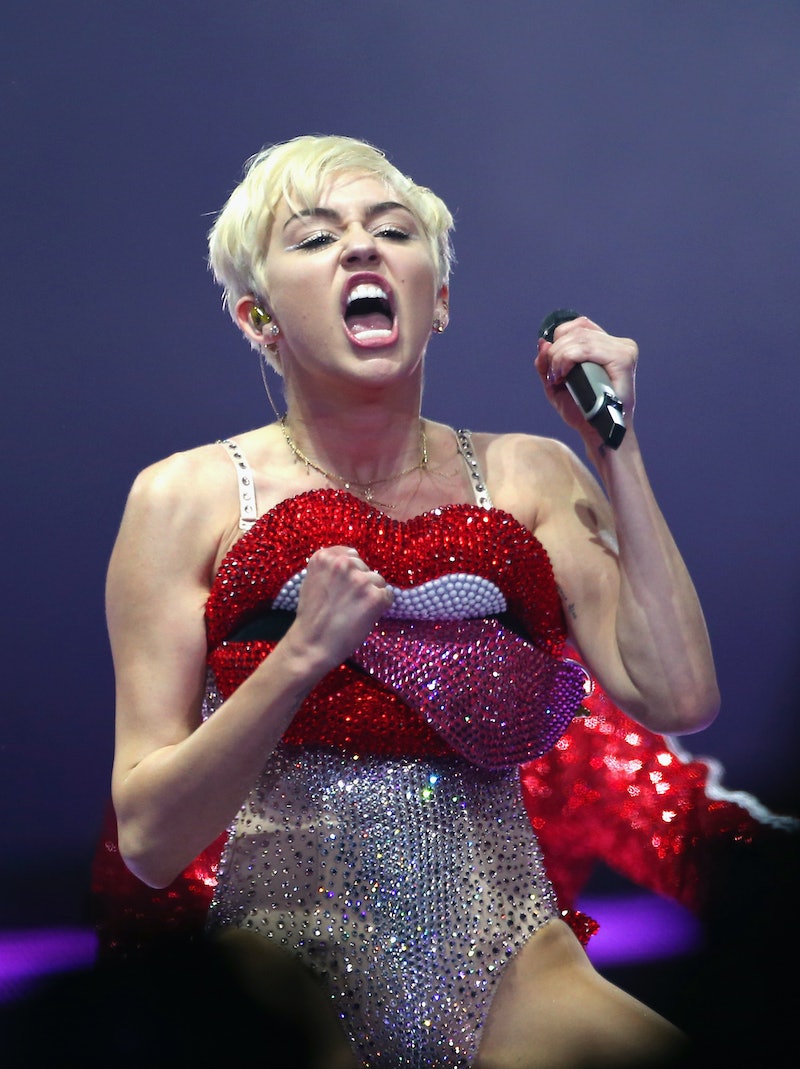 Everyone probably knows someone who has a habit of disclosing entirely too many personal details. If that doesn't apply to you, then there's a high probability that you are that friend—in which case, you might want to stop reading now. Well, Miley Cyrus is what I like to refer to as TMI personified. She is definitely one of the many people who have a strange fondness for oversharing on social media. Continuing with this trend, Cyrus recently spent time between shows on her Bangerz tour by becoming one with nature, which is cool. But a photo of Miley Cyrus copping a squat in the woods now exists on the Internet. Not cool. It's one thing to get in touch with nature and forego all of life's cushy amenities like running water, indoor plumbing and such, but do we really need to see you pee? Uh, no.

Sure, Miley, show us what it's like to treat an insect bite, or how to avoid poison ivy, but no one, and I mean no one wants to know what you look like when you pee—even if you are just pretending to (but I wouldn't doubt if it you were in fact, actually peeing). Call me old-fashioned, but I prefer to answer nature's call with the door closed, or if peeing in an enclosed area isn't an option, then I'd still prefer to do my business without the presence of cameras and/or the need to document the entire process online.

At this point, nothing Cyrus posts on her Instagram should elicit shock or surprise. It's clear that she's aiming to destroy the notion of leaving something to the imagination. But obviously she hasn't gone too far because her Instagram account's still active, unlike Rihanna, whose Instagram absence left a gaping hole in the social media atmosphere because she refused to play by the rules. Cyrus on the other hand pushes the envelope, but I doubt she'll go as far as Riri because instead of exposing every minor detail to the world, she'd be forced to hold it all in.

More like this
Selena + Chef Season 4 Was Filmed At Hannah Montana's Old Malibu House
By Jake Viswanath
Kathy Hilton Tried To Explain Why She Misidentified Lizzo As Precious On Live TV
By Jake Viswanath
Sophie Turner & Joe Jonas’ Fave Taylor Swift Album Is Full Of “Bangers”
By Sam Ramsden
The Sean Bean Intimacy Coordinator Controversy, Explained
By Sam Ramsden
Get Even More From Bustle — Sign Up For The Newsletter