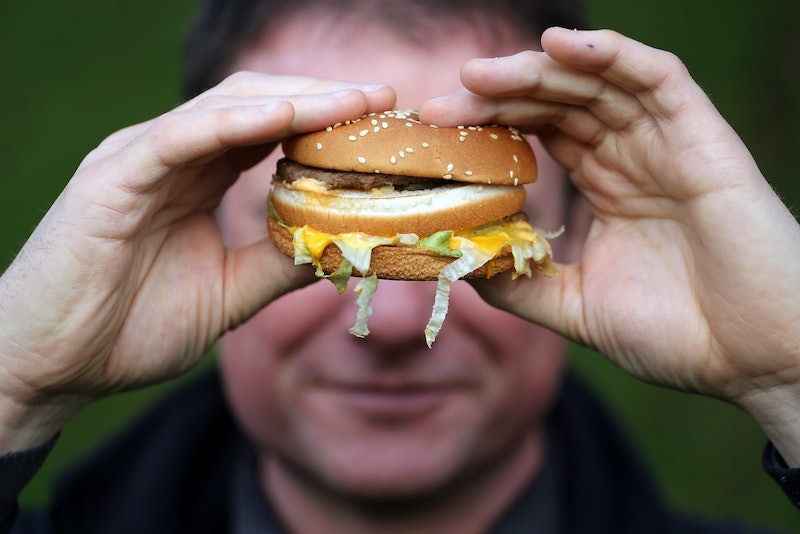 Often, after a break-up, people work to get back into tip-top shape to prep for the single life. On the flip side, feeling like you're not your hottest self might make you reluctant to leave your partner. This low self-esteem might be one explanation behind a new divorce study. Yup, researchers found that overweight people are actually less likely to get a divorce — but it might not be for the reasons you think.

Besides bad body image, there is another likely explanation that may surprise you: Overweight people may be less likely to get divorced because they're happier. Seems almost too simple to be true, right? Well, recent research by Diet Chef shows that 66 percent of couples report gaining weight since the start of their relationship — just think about what you do once you're settled in a new relationship. Chances are, it involves eating junk food in bed and going out for dinner a lot. Which, you know, is bad news for your waistline, but mostly makes for some pretty damn satisfied couples.

No one is advocating an unhealthy lifestyle; the Diet Chef researches themselves warned that "whilst enjoyment of food is great, it’s important to stay healthy and monitor what you eat on a daily basis, especially portion size." But happy overweight spouses might still be able to teach us an important lesson about love: Indulging in small shared pleasures might go a long way in keeping people together. I'll eat to that.