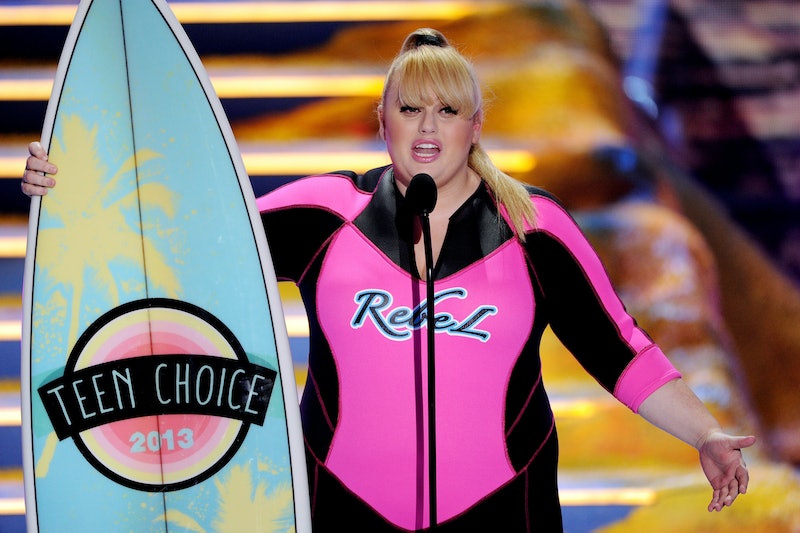 What, butt sex jokes are a no go at the Teen Choice Awards? It's been revealed that Rebel Wilson made a hilarious One Direction joke that was edited out of the broadcast because it was deemed too raunchy for American audiences. We Puritans here in the States only heard about her quip when our outlaws down under informed us that Australian viewers might have been treated to all of Rebel's rebelliousness.

So, just what was this joke that made American censors pull the trigger? When accepting her trophy for Choice Actress in a Comedy, Rebel said:

You know what's weird? When I found out that there was a band called One Direction, because that's the name I also gave my asshole.

But just because Rebel poked fun at 1D doesn't mean she's not eager to work with them. She told E!:

I'd love to do a song with them and a film clip where we get really hot and sexy. No I didn't [ask them]. They were like brushing their hair and getting ready. But maybe if I see them again I'll talk to them.