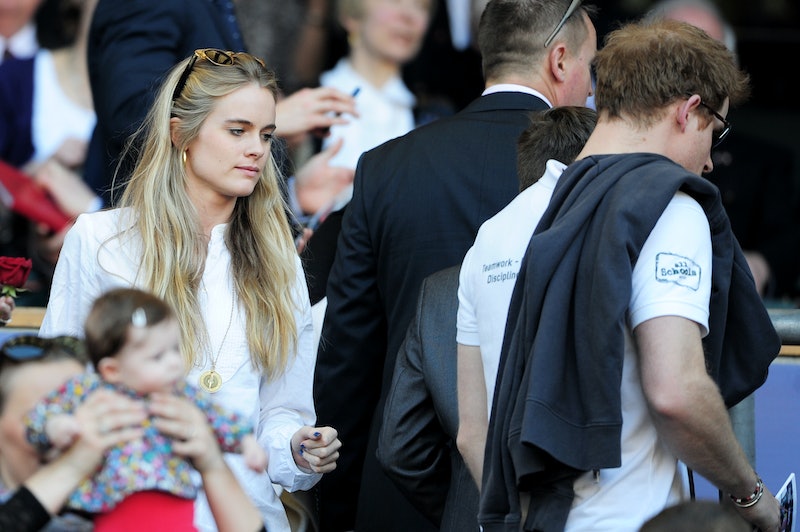 Now that she's done being one half of the couple of the century, Cressida Bonas has broken up with Prince Harry and moved on to bigger and better things. Either that or she's trying to get herself on the second season of I Wanna Marry Harry, but if anyone could tell that Matt Hicks is not Prince Harry then it would be Cressida Bonas. However, instead of writing a tell-all book about her whirlwind affair with a royal or even parading a trail of lovers in front of Harry, Bonas seems way over it. In fact, Cressida Bonas and Cara Delevingne are starring in a movie together. Yeah, that happened.

According to the London Evening Standard, Bonas is going to be in a film called Tulip Market alongside Delevingne, Zach Galifianakis, and Christoph Waltz. The film is co-produced by Harvey Weinstein and is based on a bestselling novel by Deborah Moggach. It's a 17th century love story about the illicit romance between a portrait painter and his wealthy muse and it marks Bonas' first big screen appearance.

Currently, Bonas might be known informally as "the one who let Prince Harry get away", but it looks like she's more than ready to start forging her own path out of his shadow. Both of them have seemed to truly be enjoying their freedom after the split, despite some reports that Bonas wasn't as happy as advertised, but building a film career for herself post-Harry is a surprisingly cool choice for Bonas. The fact that she's starring alongside a big name like Galifianakis is icing on the cake.

Cara Delevingne is better known to most people as one of the five hundred women Taylor Swift BFFs with on her weekends — or, okay, as a model, socialite, and actress with more clout to her name than Cressida Bonas — but her and Bonas definitely have the potential to be an on-screen dream team. Hopefully, Taylor Swift won't get too jealous. In the meantime, Bonas is giving us all a fine lesson in what to do when your royal fairytale is over: become famous for something over than your association with royalty.